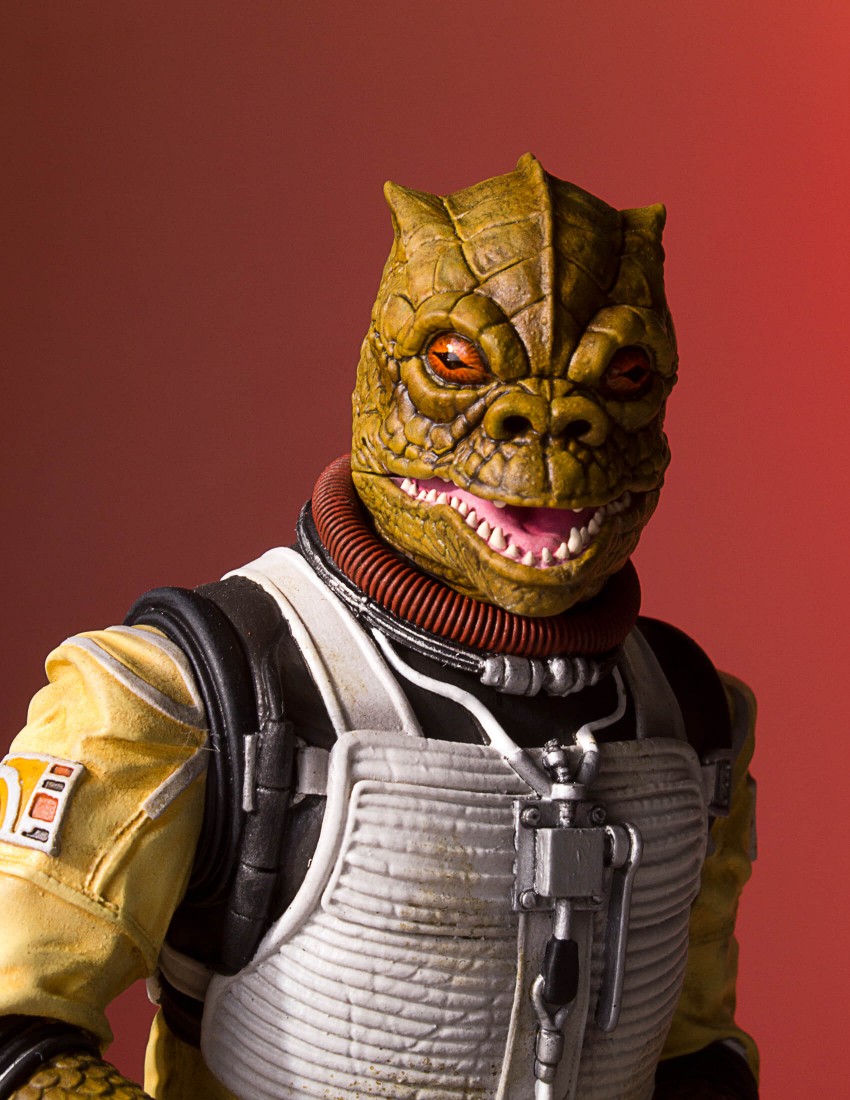 Gentle Giant has released official images for their upcoming Bossk Collectors Gallery Statue!  This is expected to ship in Q4 of this year and will set you back about $159.00 USD.  This is a 1/8 scale piece with dimensions of 9.5 inches x Width: 6.5 inches x Depth: 5.5 inches.

Check out the official solicitation and images below!

The bounty hunter known as Bossk has been a fan favorite ever since his debut in 1980. His popularity could not be contained to his brief appearance on the deck of the Executor in the Empire Strikes Back (and in the background of Jabba’s sail barge in Return of the Jedi). Bossk soon started filling out his robust backstory in both the Star Wars: Clone Wars and Star Wars: Rebels animated series, taking on the role of mentor to the young, orphaned Boba Fett. The artists a Gentle Giant take you on a journey to see the moments just following the events of the death of Jabba, we find Bossk standing over the shattered throne of Jabba. At his feet, a chain left by Jabba’s escaped prize. What will he do next? Pursue the rebels or look for his next bounty? Bossk is the third statue in our new 1:8th Collector’s Gallery line, celebrating 40 years of the Star Wars universe. Each limited edition, hand-painted piece is cast in high quality polyresin with crisp details. This statue also comes individually numbered with a matching certificate of authenticity.

One of the most feared bounty hunters of the galaxy, Bossk used his natural Trandoshan hunting instincts to capture his prey. During the Clone Wars, the red-eyed reptilian partnered with Aurra Sing, Castas and young Boba Fett. Bossk didn’t care much for vendettas or politics. He was in it to get paid. After a brief stint in a Republic prison, Bossk continued his partnership with Fett, becoming a bodyguard to the teen bounty hunter. Decades later, Bossk answered Darth Vader’s call to capture the Millennium Falcon after the Battle of Hoth, an assignment that put him in direct competition with Boba.