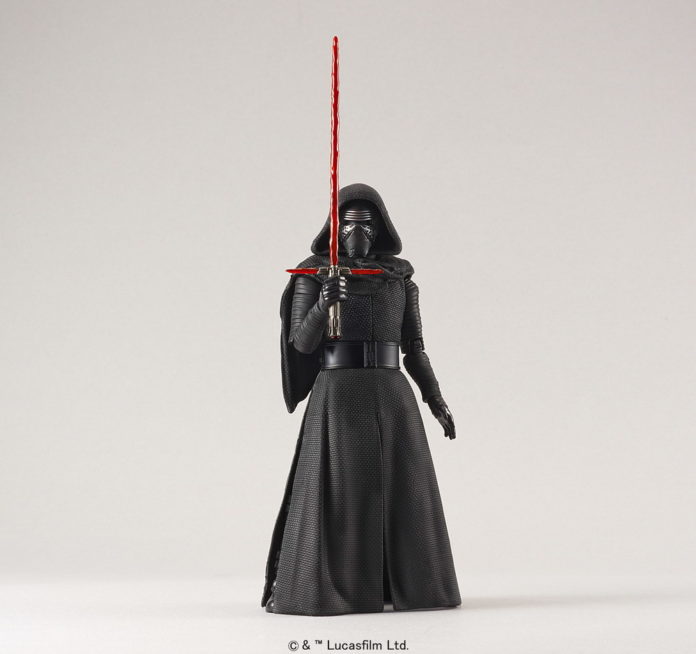 Bluefin is bringing the force to Star Wars fans and retailers as it announces the Star Wars Character Line of model kits from Bandai Hobby.

Some of the kits, like the Han Solo and Luke Skywalker kits, feature a new technology that allows a digitally printed likeness to be rendered onto the facial components of the kit. Once completed, each Character Line model is fully articulated and capable of replicating numerous iconic poses.

Could this potentially be the Star Wars figure line that collector’s will flock to? Only time will tell, but from the looks of the kits below, these are looking fantastic!

Additional character releases will be announced throughout 2018.

There are quite a few images below, so sit back, grab a cup of coffee and enjoy the photos of what’s to come!

Bandai has become the leading toy company of Japan. The company holds many popular toy licenses in Japan, including Godzilla, Ultraman, Kamen Rider, the Super Sentai series (which they took part in creating), Gundam, and many others. Bandai America is the manufacturer and master toy licensee of some of the most popular brands in children’s toys and entertainment today, including Power Rangers, Ben 10, Dragon Ball Z, Digimon, Tamagotchi, and Girlz Connect.