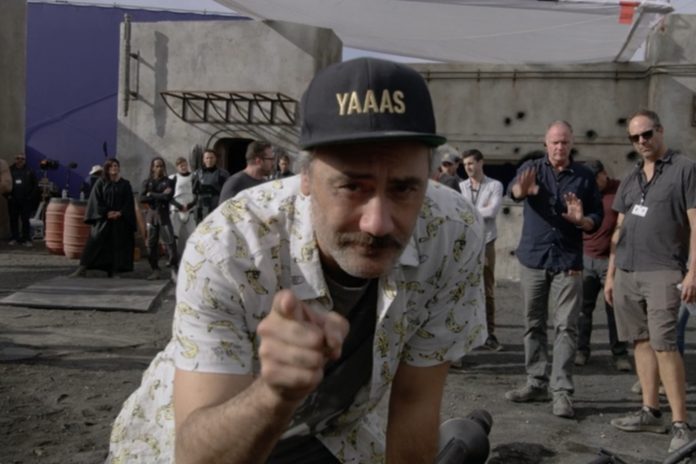 The next Star Wars movie scheduled for the big screen will be directed by Taika Waititi. Theoretically, it is the Obi-Wan Kenobi finale, but “that business doesn’t count”. Taika’s movie is still in the story creation phase. It is very much a mystery to all, except those at Lucasfilm. His movie will be the first Star Wars movie to hit big screens since 2019’s Star Wars: The Rise of Skywalker, so there is a bit anxiousness from fans to see their favorite franchise where it should be seen.

Thanks to Games Radar, the site sat down with Taika to talk about his role in the upcoming Disney film Lightyear. Of course anytime Star Wars is involved, the questions are naturally going to progress to it. The site asked Taika about his thoughts on Kathleen Kennedy’s latest remarks about the need to move beyond the Skywalker Saga, and to experience new and exciting things in the Star Wars Universe.

While a movie about building the Falcon, and hanging out with Chewbacca’s grandmother sounds interesting, Taika is right in that the Star Wars universe needs to expand to stay relevant. There are whole worlds left to discover, new heroes and villains that might not take their fight to a galactic scale event, but are still relevant and exciting to fans of the franchise.

I for one, am excited to see what Waititi comes up with. As for the release date of his movie…currently it does not have one, but Kennedy did indicate that we could expect to see it in 2023. If I were a betting man, 2024 seems more likely.

What do you hope to see from Taika’s Star Wars movie? Leave your thoughts in the comment section below.