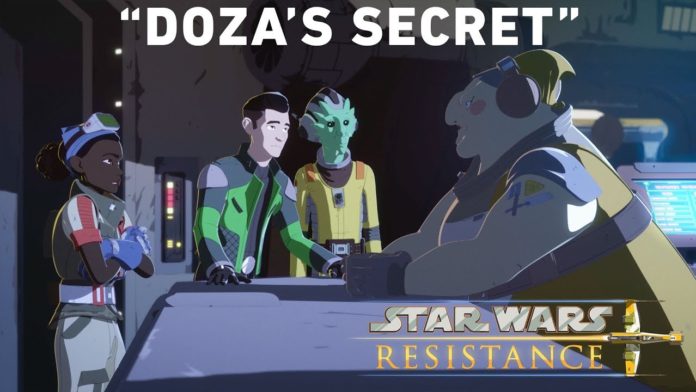 Lucasfilm and Disney have released a preview for Wars Resistance the upcoming episode titled, “The High Tower”.  This clip features Kaz and company experiencing a power outage, and Kaz learns a dark truth.  Enjoy “The High Tower” Preview below…

A power outage is the perfect time for Aunt Z to tell Kaz and company her theory about the Colossus’ mysterious Captain Doza.