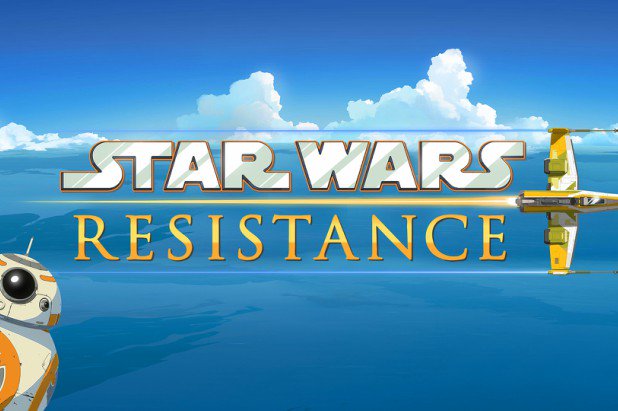 We now have confirmation that Star Wars Resistance will be returning January 13 to the Disney Channel. The confirmation comes from Disney, as they have released official descriptions for the next three episodes of the series.

If you recall the last episode left off with Poe and Kaz getting a hint of what the First Order might be planning (leading up to Star Wars: The Force Awakens).

Check out the episode titles and descriptions of the next three episodes below!

Neeku adopts a strange sea creature and gets way more than he bargained for when it brings chaos to the platform. Elijah Wood (“The Lord of the Rings” trilogy) returns as Jace Rucklin

In exchange for parts, Kaz minds acquisitions for Flix and Orka and comes into conflict with a shady alien customer in league with the First Order. Jim Rash (“Community”) and Bobby Moynihan (“DuckTales”) return as Flix and Orka, respectively.

Synara settles into life on the platform, but her pirate compatriots have other plans for her.