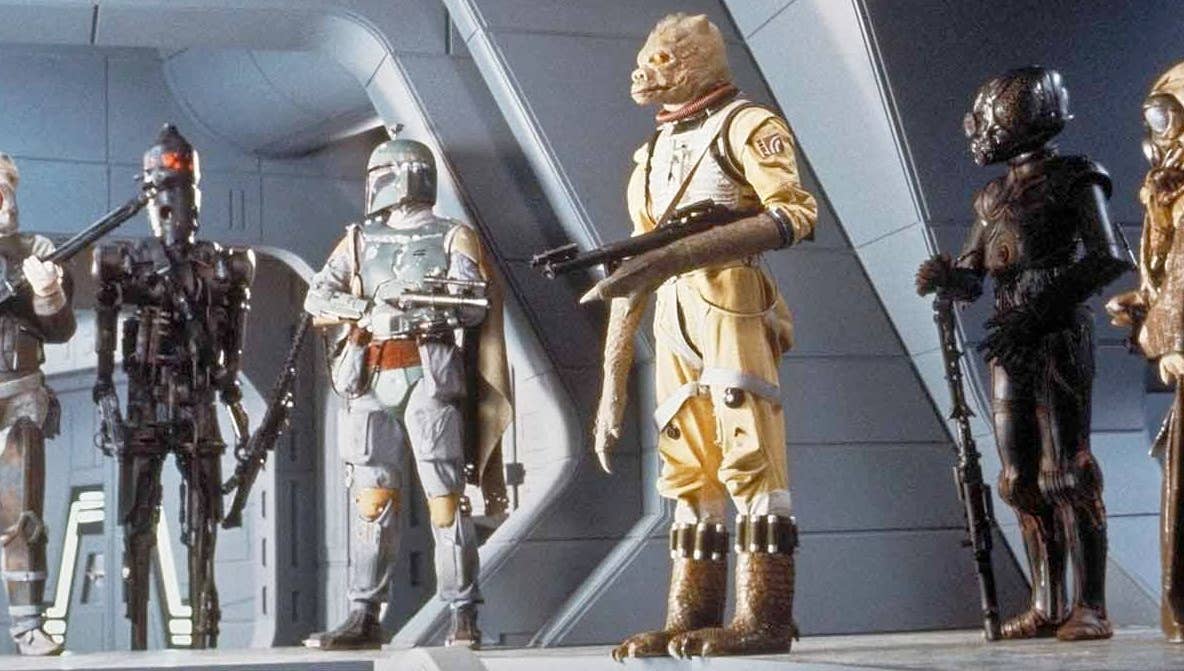 The site starwarsnewsnet has just found out an interesting piece of information, if it turns out to be true. Apparently a familiar bounty hunter from the original trilogy will be making an appearance in the upcoming Disney+ streamer, Obi-Wan Kenobi. If you do not want to be spoiled at all, then stay away from this one.

Okay, you asked for it, so here goes…

“We’ve heard from a credible source that the bounty hunter 4-LOM will make an appearance in the Obi-Wan Kenobi series. We don’t know many specifics about his involvement, but we were assured he will have a bigger role than the mere seconds he spent on screen in The Empire Strikes Back.“

The LOM-series protocol droid was designed with insectile features, but featured a flaw in their software. 4-LOM managed to override his programming and became a bounty hunter. His first appearance came in Star Wars: The Empire Strikes Back where he was one of six bounty hunters hired by Darth Vader to find the Millennium Falcon, after it escaped from the Hoth system.

Hopefully this one turns out to be true (although this guy really wants to see Bossk return). If so, what are your thoughts? Leave them in the appropriate places.