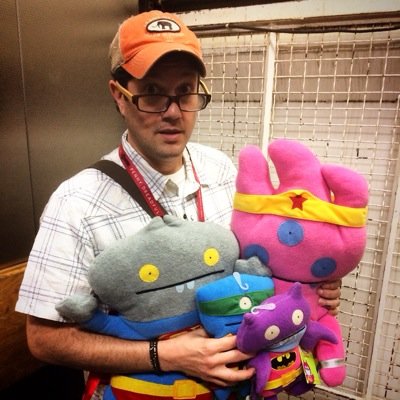 If you have been following the production process for Rogue One: A Star Wars Story, then you probably know that score for the film was supposed to be composed by Alexandre Desplat.  That is until reshoots happened.

In a move sort of out of left field, Lucasfilm has replaced Alexandre Desplat with Michael Giacchino, because of reshoots on the movie.  That is according to website THR.

But the reshoots also altered the scoring calendar and Desplat, who won an Oscar for The Grand Budapest Hotel, was no longer available. Disney and Lucasfilm then turned to Giacchino, who has a long relationship with the studio and its various divisions.

Here is what the composer had to say about the new gig, via his official Twitter account.

Thx for all the great @twitter shout-outs regarding @RogueOneMovie !Thrilled to be a part of the Star Wars family. pic.twitter.com/CaQW1dqK1Z

Also want to say I love Alexander Desplat’s work and was looking forward to his score. It’s a crazy biz but sometimes schedules just clash.