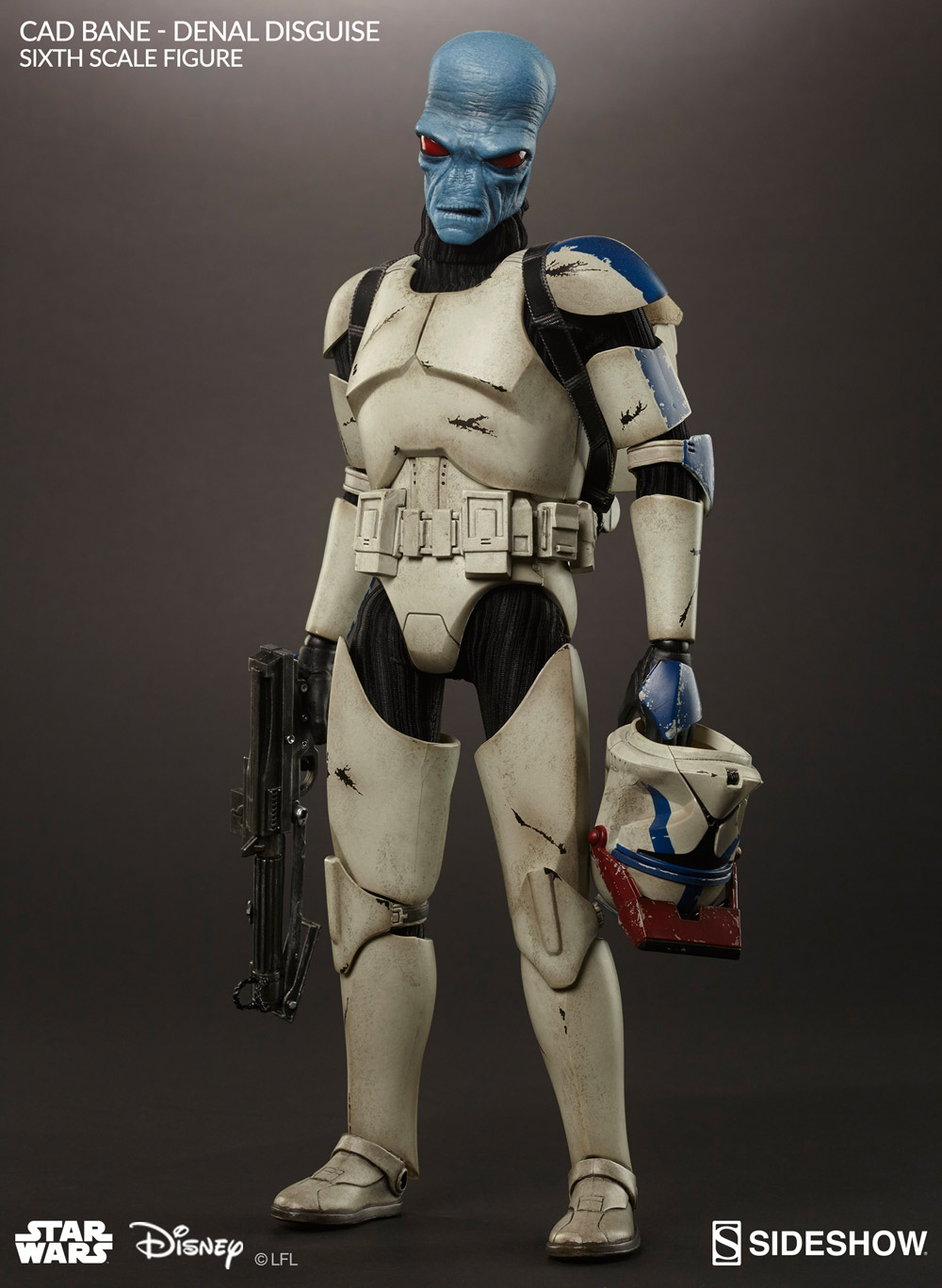 To celebrate us going over the 5,000 fan mark on Facebook, and just because we are a few cool guys, we have teamed-up with Sideshow Collectibles to offer you a chance to snag a Sixth Scale Cad Bane in Denal Disguise figure! The contest starts at 9:30pm tonight and runs until 8:00pm October 1st!

One winner will be randomly selected to win this cool figure. There are several ways to enter including visiting our facebook page, following us on Twitter (@OuterRimNews), and following us on Pinterest.

Check out everything you need to know to win below!

With a hard-earned reputation as the galaxy’s best bounty hunter since the fall of Jango Fett, no job is too dangerous for the notorious Cad Bane – so long as the price is right. On this mission, the diabolical Duros gunslinger is ready for a stealthy escape, disguised as Denal in his clone trooper armor and blue-streaked bucket with night vision visor. Packing an arsenal of stolen weapons, Cad Bane will do whatever it takes to slip past Anakin Skywalker and Ahsoka Tano to deliver stolen Jedi secrets into the hands of Darth Sidious and collect his reward. Expertly crafted with a full range of articulation, the Cad Bane in Denal Disguise Sixth Scale Figure is an excellent addition to any Star Wars: The Clone Wars or bounty hunter collection.

Eligibility: This giveaway is open to all internet participants who reside within the United States during the specified giveaway/contest time period. Open only to individuals 18 years of age or older, with Internet access prior to the start date and time of the giveaway/contest. Employees, officers, and directors of Sponsor and its parent, affiliated, and subsidiary companies, distributors, retailers, licensors, advertising and promotional agencies (collectively, “Sponsor’s Entities”) (and the immediate family members, including parents, spouses, children, and siblings, of all of the foregoing) of Outer Rim News are not eligible to participate or win.