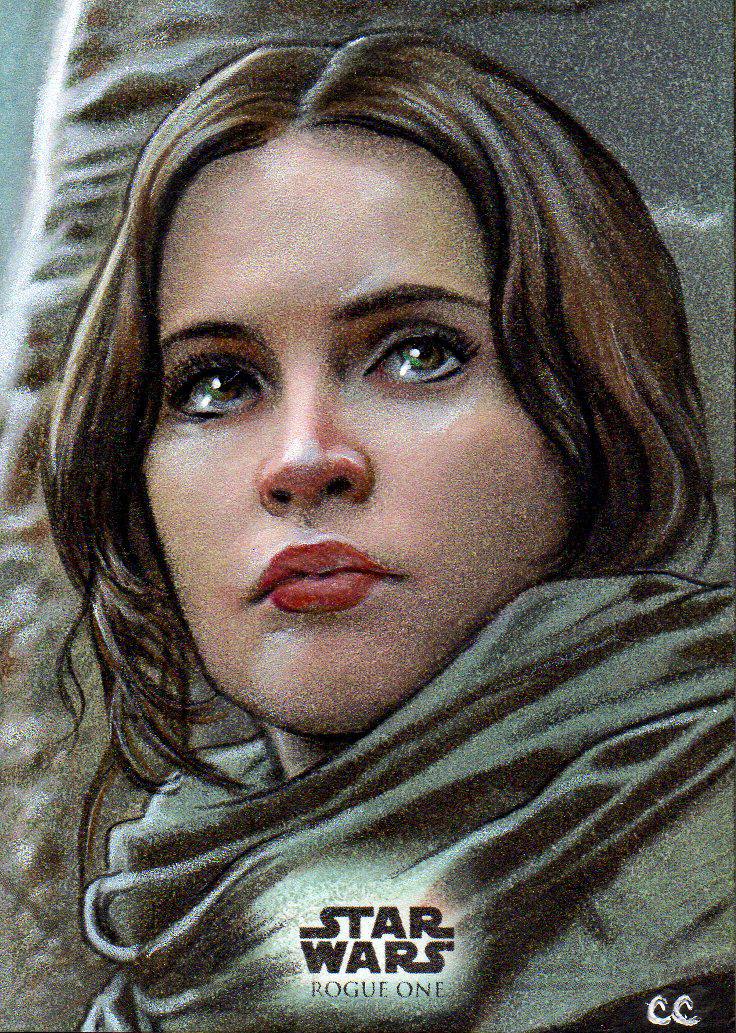 Topps has officially revealed a few sketch cards that will be randomly inserted in their upcoming Topps Star Wars Rogue One Series 2 trading card packs.  Artist names were not indicated, but from the looks of the cards, the artists chosen are extraordinary!  Remember that sketch cards are 1:1.  This means that each one is unique

Adding 100 base cards that focus specifically on the storyline from Rogue One: A Star Wars Story, collectors can expect more meaty details in the third set for the movie. Among the limited parallels are Death Star Black (1 per pack), Green Squadron (1:2 packs), Blue Squadron (1:4 packs), Gray Squadron (#/100), Gold Squadron (#/50), Red Squadron (1/1) and one-of-one Printing Plates.

Although the full list of signers will not be announced until much closer to the release date, 2017 Topps Star Wars Rogue One Series 2 is headlined by various Rogue One cast Autographs. Dual and Triple Autographs are exclusive to Hobby boxes. Other premium hits include Patch cards, patch parallels like Silver (#/100), Gold (#/50) and Red (#/10), and hand-drawn Sketch cards.

Beyond the base and hits, 2017 Topps Star Wars Rogue One Series 2 also features a total of seven inserts. This includes familiar choices like Heroes of the Rebel Alliance and Villains of the Galactic Empire along with Character Stickers. Other options come in Prime Forces, Rebel Squadrons and Troopers. Lastly, Darth Vader Continuity, a continuation insert found in both Mission Briefing and Series 1, is completed in Series 2 with the final five cards (#11-15).