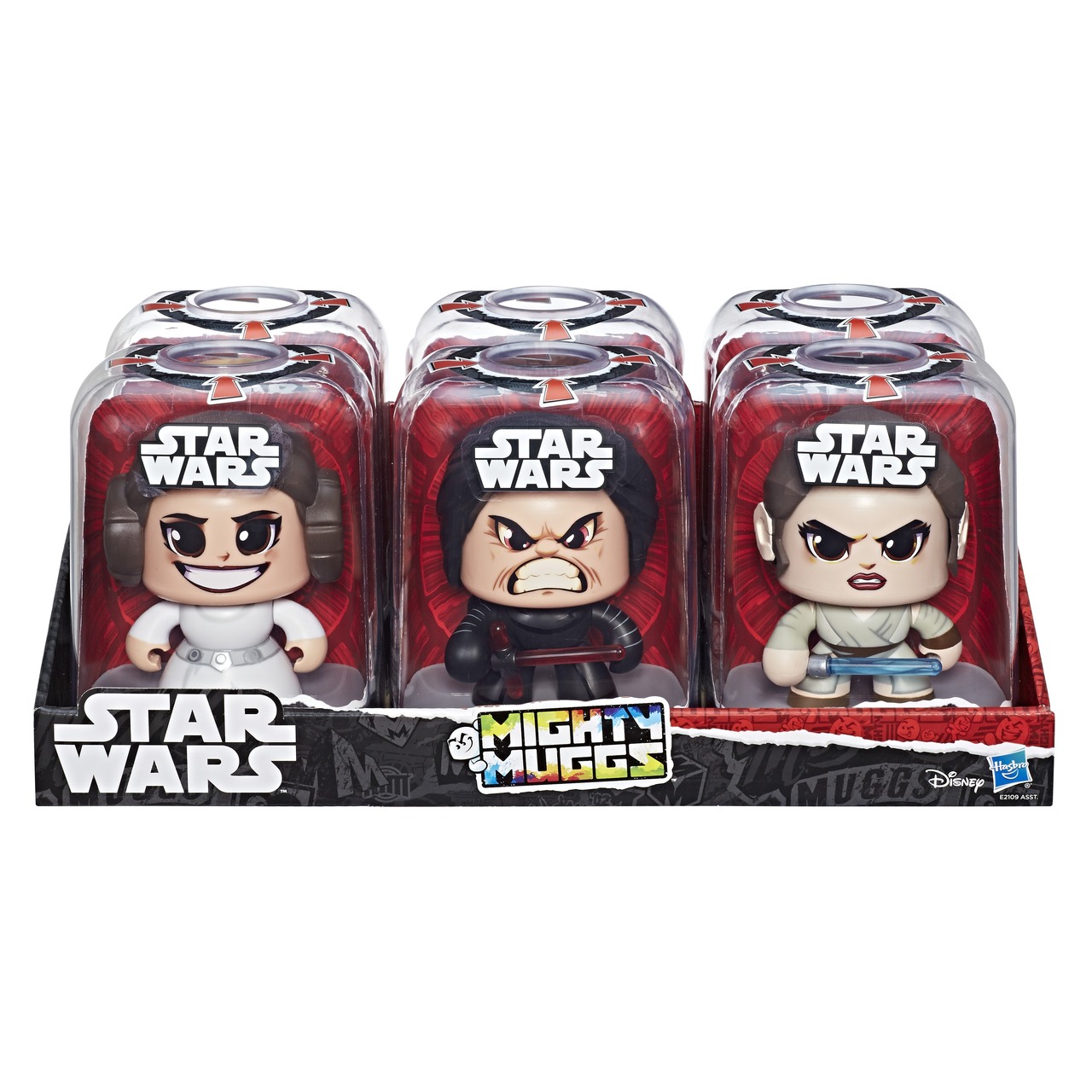 Hasbro has decided to revisit the idea of Mighty Muggs! The new Star Wars Mighty Muggs will be on display at New York Comic-Con 2017 this weekend. In the initial wave of figures we will have:

Each figure will include a push and turn feature, which will let you change their expressions. This is a different approach to previous incarnations of the Mighty Muggs figures. Each figure will cost you about $9.99 which looks to be in direct competition with Funko’s POP vinyl line of figures.

Check out the gallery of new figures below.