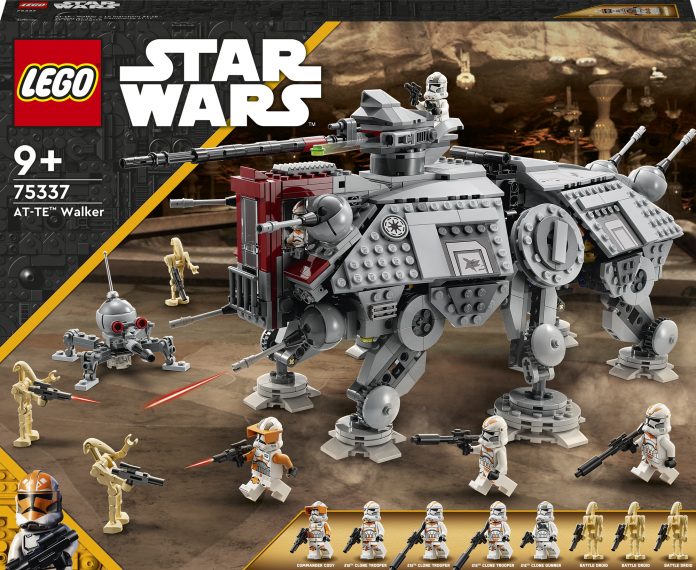 LEGO CON 2022 is officially a wrap, and you can bet a few Star Wars items were revealed during the convention. There were two new sets revealed which were the AT-TE Walker and The Justifier. You can check out all the details below, and of course these are already available for pre-order with a ship date of August 1, 2022. Read more below.

Power into battle against the Separatist Droid Army, with the mighty AT-TE Walker! With Commander Cody in the cockpit, stride across rocky terrain and fire the rotating heavy blaster cannon. Grab weapons and thermal detonators from the cabin and deploy the 212th Clone Troopers to fight the Battle Droids on the ground. Who will triumph in the Battle of Utapau? It’s up to you!

Bounty hunter Cad Bane has imprisoned Omega on board The Justifier. This awesome starship has a super-detailed cockpit, spring-loaded shooters and cool flight and landing modes. Help Omega break out from the laser jail cell, with help from droid Todo 360, and team up with Hunter to get away. But there’s a big bounty reward on her head, so Bane and Fennec Shand won’t give up easily!