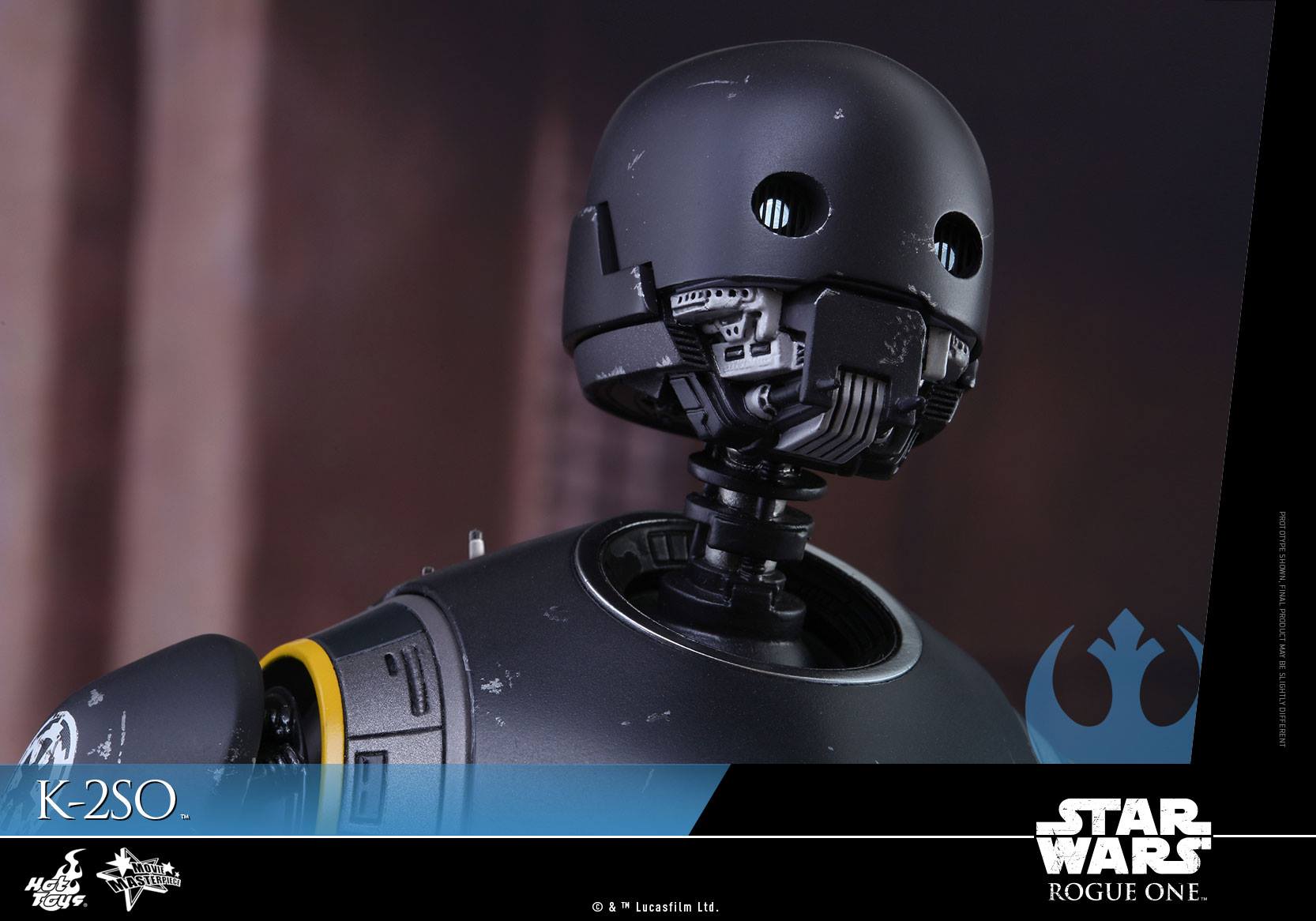 If you are a find of high end collectibles, then get prepared for one of the coolest. The Hot Toys K-2SO 1/6th scale figure has just made its official debut online. Check out the photos below…

Droids have always been an iconic element in the Star Wars galaxy and in the highly anticipated Rogue One: A Star Wars Story, the new droid K-2SO has captured many Star Wars fans’ attention since the character’s first reveal!

A reprogrammed Imperial security droid now loyal to the Alliance, K-2SO is an alarming sight standing within a secret Rebel base. The pragmatic droid is an effective insertion agent, as he can blend in perfectly at Imperial installations and outposts.

This amazing new droid will surely stand out in your prized collection!