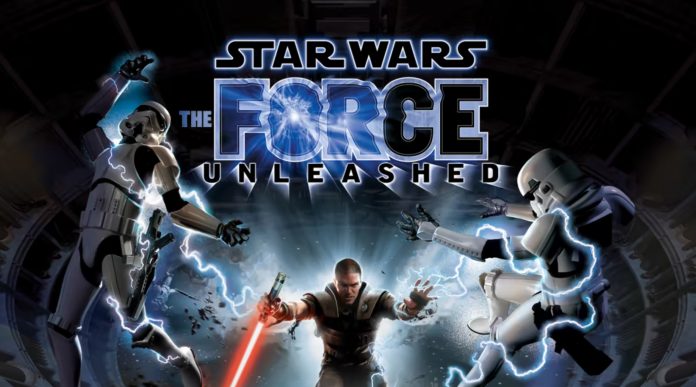 One of the better Star Wars games ever made, is getting a new chance at life. Star Wars: The Force Unleashed will be coming to the Nintendo Switch April 20th, 2022. The news dropped yesterday during the Nintendo Direct livestream.

You can check out the embedded twitter announcement from Lucasfilm Games below.

You are Starkiller, Darth Vader’s secret apprentice, who has been trained to hunt down and destroy the Jedi. Take advantage of devastating Force powers and lightsaber combos to do Darth Vader’s bidding. Similar to the 2008 release on the Nintendo Wii™, use the Nintendo Joy-Con motion controls to truly feel the destructive power of the Force or challenge a friend to a 1v1 in the local multiplayer Duel mode!

**Play as Darth Vader’s “Secret Apprentice”**
Destroy all who stand in your way in your ultimate quest to serve Lord Vader. Discover the untold story of the Secret Apprentice set between STAR WARS: Revenge of the Sith and STAR WARS: A New Hope.

**Local Multiplayer Duel Mode.**
Choose from 27 characters to battle a friend in a local multiplayer mode to determine the galaxy’s most powerful Jedi!

**Travel the Star Wars galaxy.**
Defeat Jedi Masters on familiar worlds, including Cloud City and the Wookiee homeworld Kashyyyk, or at other unique locations like the floral planet Felucia and the junk planet Raxus Prime.

About Star Wars: The Force Unleashed:

As the title implies, Star Wars: The Force Unleashed completely re-imagines the scope and scale of the Force to epic proportions. Players are cast into the role of Darth Vader’s secret apprentice, Starkiller, who has been trained to hunt down and destroy Jedi. During his quest, Starkiller will ally himself with a most unlikely set of heroes and be forced to make decisions that could change the course of his destiny and set events in motion that will forever shape the galaxy! By incorporating two ground-breaking technologies, Digital Molecular Matter (DMM) and euphoria, and paired with the powerful Havok physics system, players will interact with their environments and battle against enemies in new and exciting ways. Couple those technological advancements with devastating lightsaber attack combos, over-the-top Force powers like Force Grip and Force Repulse, and a storyline that takes place in the largely unexplored era between Star Wars: Episode III: Revenge of the Sith and Star Wars: Episode IV: A New Hope, Star Wars: The Force Unleashed provides a Star Wars gaming experience the likes of which have never been seen before.