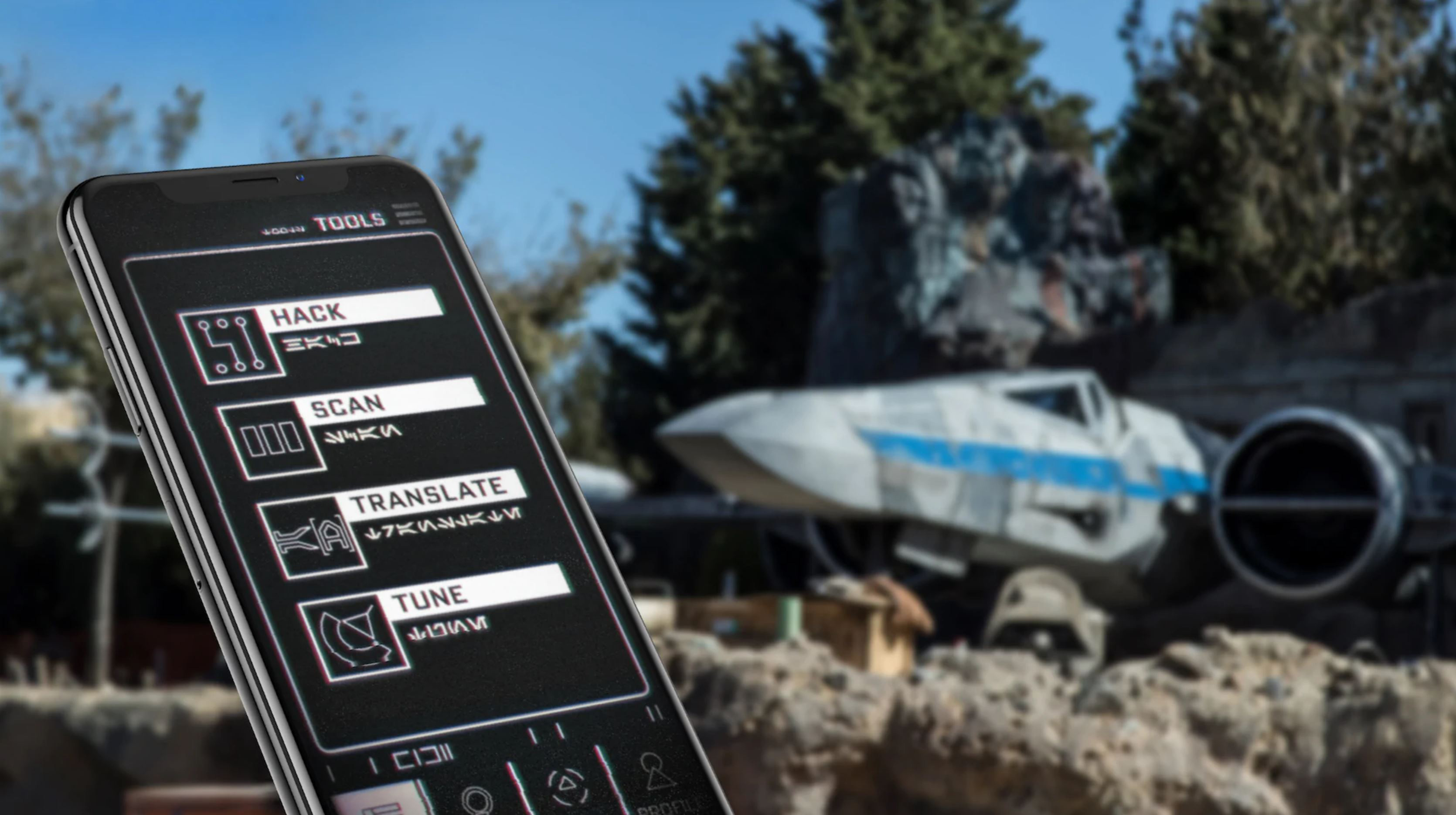 More information is coming out concerning activities and things to do on your journey at Star Wars Galaxy’s Edge. The current news making the rounds concerns the Disney app and how it transforms your experience at the park. BlogMickey has dropped some great information about the app and how it works.

Soon after you arrive to Batuu, the Play Disney Parks app will transform into your galactic datapad—designed to guide you deeper and deeper into an adventure in a galaxy far, far away. First, here are the commands that you’ll be able to explore within the app.

As the app guides you along, you’ll have the chance to pledge your loyalty to the First Order, support the Resistance, or strike out on your own as a scoundrel. And with each job you complete, you’ll receive digital rewards like ship schematics, star maps, galactic credits and more!

As you can see from the information provided, your trip to Batuu will be even more immersive with the addition of the Disney Parks app. Disney is trying very hard to make this THE travel destination for Star Wars fans for a long time to come.