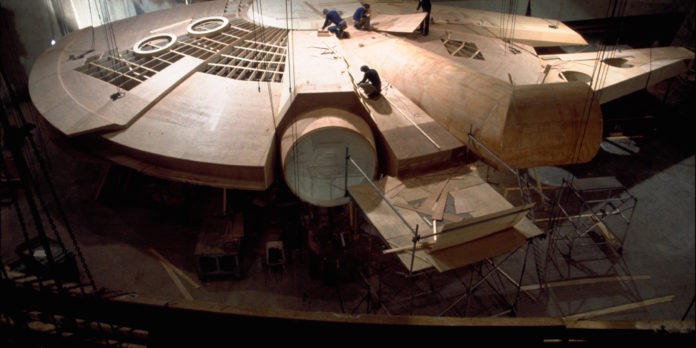 Disney Parks is wanting to get you even more hyped about the opening of Star Wars Galaxy’s Edge at DisneyLand and DisneyWorld, with the release of the latest image. Via their social media sites, Disney Parks released a behind-the-scenes completed look at the Millennium Falcon for their Smuggler’s Run ride.

We aren’t sure which park this one is at, but you can tell that some of the building are still under construction, via the scaffolding on the outside of some of them.

Check out the image via the embedded tweet below.

We are getting closer to the opening of this magical place for Star Wars fans. Are you going to be there opening day? Leave your thoughts in the appropriate places.