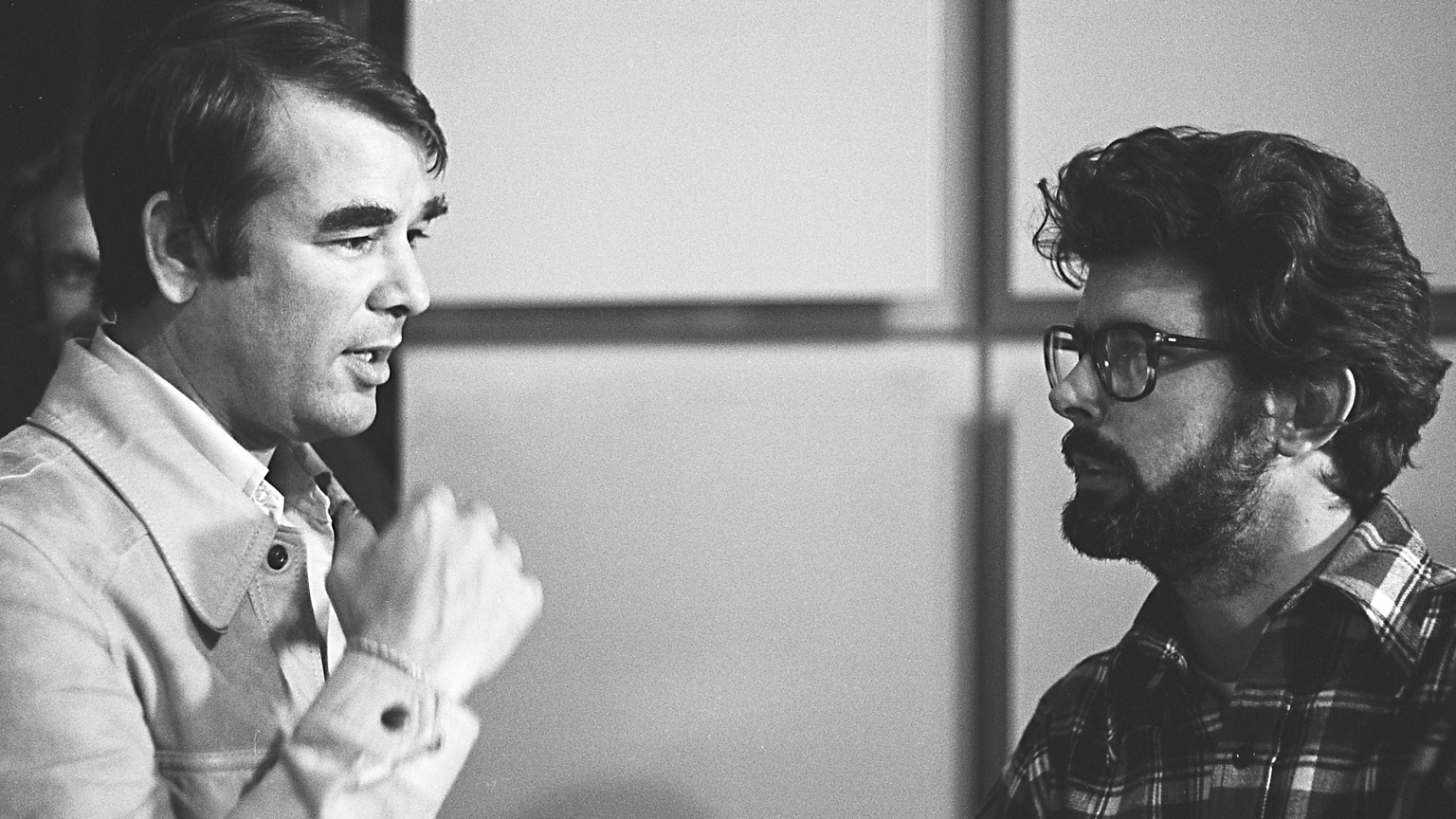 There were many obstacles to overcome as George Lucas brought his space fantasy epic Star Wars to the big screen in 1977. The biggest was finding a studio to take a chance on him and his vision for a space fantasy film that would hopefully be successful at the box office. As president of Twentieth Century Fox, Alan Ladd, Jr. helped pave the wave for Star Wars: A New Hope!

Laddie, as he was commonly known — first became aware of the little known director George Lucas in 1973, when friends heaped praise upon the director’s still-unreleased film American Graffiti. After organizing a screening for himself, Laddie was so impressed that he scheduled a meeting with the Lucas.

During this discussion Lucas pitched his idea for a space fantasy film called The Star Wars; Ladd, quickly made a deal for the screenplay and feature. Though Star Wars, as it would come to be known, had a troubled production and faced doubt and scrutiny from Fox executives, Ladd remained a stalwart supporter of the film and Lucas. Upon release in 1977, Star Wars became the highest grossing film of all time.

“The only meeting I had with Laddie about the script… He said, ‘Look it doesn’t make any sense to me whatsoever, but I trust you. Go ahead and make it.’ That was just honest. I mean it was a crazy movie. Now you can see it, know what it is, but before you could see it, there wasn’t anything like it. You couldn’t explain it. You know… It was like this furry dog driving a space ship. I mean, what is that?” said Lucas.

In J.W. Rinzler’s The Making of Star Wars, Ladd recounted his experience at the first test screening of their risky film. “I am not very prone to emotions, but when the picture opened up and all of a sudden they just started applauding, the tears started rolling out of my eyes. That has never happened to me,” he said. “Then at the end of the picture, it kept going on, it wasn’t stopping — and I just never had experienced that kind of a reaction to any movie ever. Finally, when it was over, I had to get up and walk outside because of the tears.”

We at Outer Rim News want to send our condolences to Alan’s family, friends and colleagues.