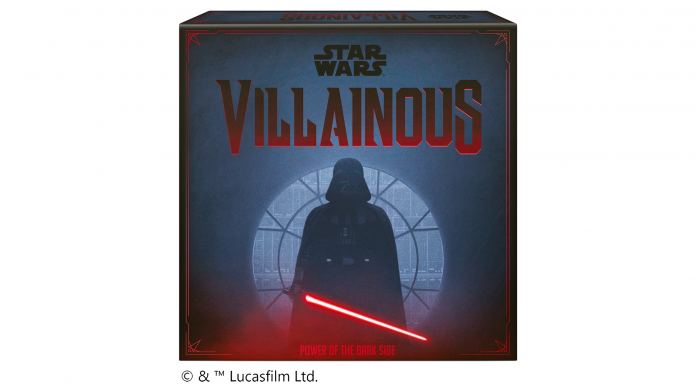 A Star Wars Villainous board game is on the way this August, and it features characters from every era – including newer shows like The Mandalorian.

A spin-off of Ravensburger’s original Disney Villainous franchise, Star Wars Villainous: Power of the Dark Side allows fans to play as Darth Vader, Kylo Ren, Asajj Ventress, Moff Gideon, or General Grievous. Each one has a unique, sculptural token with flecks of a different color injected into the mold to provide a suitably battle-worn look.

However, it’s not simply a reskin of the old system. Much like Marvel Villainous, Star Wars Villainous introduces new mechanics including vehicles and ‘Ambition’. While ships such as the Millennium Falcon allow rivals to save Heroes from defeat and hold them in reserve for later, the Ravensburger press release notes that Ambition offers abilities based on “the Villain’s use of the Force, strategic leadership, or sheer luck”. Characters will also be able to engage in specific missions.

The Star Wars Villainous game utilizes the same game system as previous Villainous releases, with new gameplay elements to fully immerse players in the Star Wars galaxy. Depending on their villain’s unique power, players will use their Villain’s “Ambition” to perform actions that power effects based on the Villain’s use of the Force, strategic leadership, or sheer luck. The game also incorporates Villain-specific missions and rules for iconic ships and transports from all corners of the Star Wars galaxy.