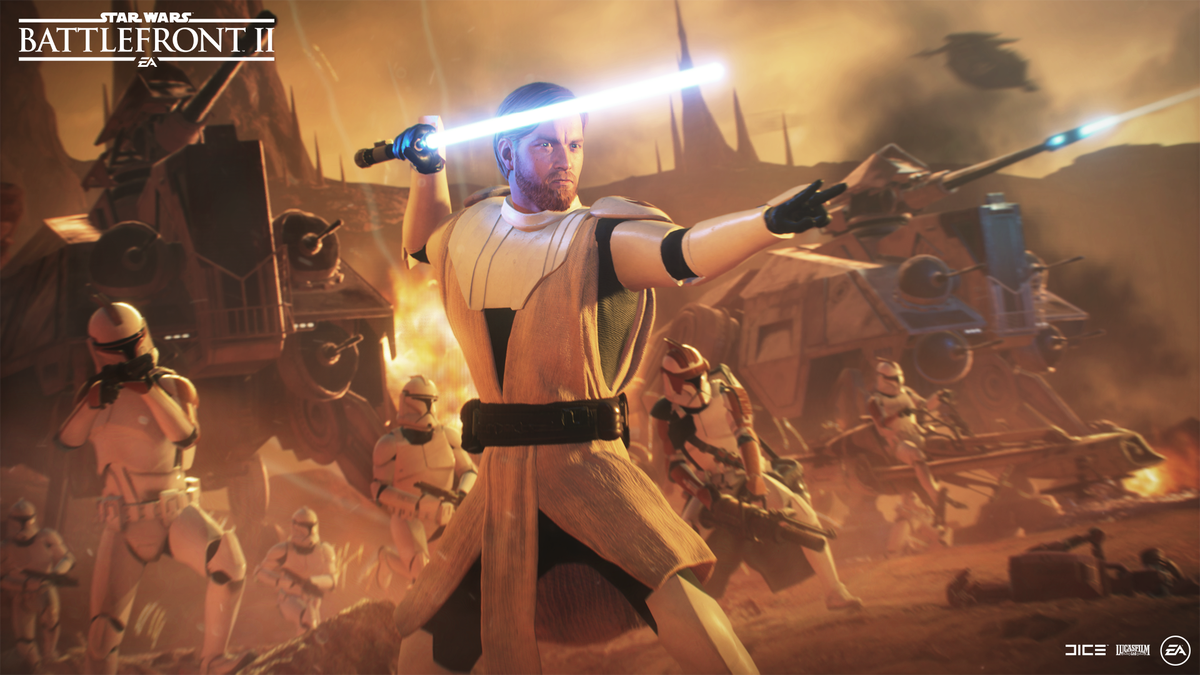 With the arrival of the next update we will be making the first of some changes that we have planned with lightsaber combat. For this update we’re going to be focusing more on the stamina system and how that affects the overall feeling and flow of close combat.

One of the most visible changes to lightsaber combat is going to come in the form of the removal of the stagger for attacking heroes. In the current version of the game when a hero attacks a blocking hero, the attacker will stagger backwards.

We’ve seen feedback that this is not desired, and we agree. We feel this breaks the flow of lightsaber combat which is usually free flowing. With this change attacking heroes will no longer stagger backwards upon hitting a blocking hero, meaning they can continue to chain attacks until they run out of stamina.

Attacking with a lightsaber depletes a hero’s stamina and once this reaches zero the attacker will not be able to perform any attacks until their stamina regenerates. As a result of this, attacking will now be a lot more strategic as you will be unable to run up to someone and continuously swing your lightsaber. Instead, you will need to think more about utilising your other abilities alongside lightsaber attacks.

As well as this, blocking with a lightsaber also reduces a hero’s stamina. Meaning that nobody will be able to block indefinitely.

While all heroes have had changes made to their Stamina values, we’ve also made some additional changes to Darth Maul, Rey and Darth Vader.

Darth Maul’s attacks will now have a stamina cost associated with them. We will also be adjusting the unlimited stamina abilities of both Rey (Insight) and Darth Vader (Focused Rage). These now give a 50% reduction to stamina costs.

As part of the changes we’re adjusting the stamina values for every lightsaber wielding hero in the game. The Stamina system is broken down into six separate categories:

Overview
Stamina is reduced when:

When a hero is out of stamina:

You can check out even more about the new lightsaber combat changes, including each hero/villain’s new lightsaber stats by visiting EA’s community forum right now.