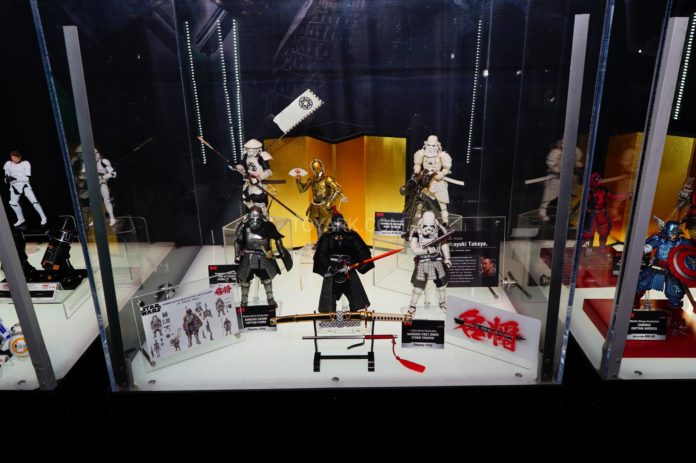 The first photos are coming in from Toy Fair 2019! We will start off with the Tamashii Nations booth. On display were their line of Star Wars Movie Realization action figures as well as a regular C-3PO and R2-D2 set of figures. The Realization figures take the Star Wars we know and love, and combines it with ancient Japanese culture.

Thanks goes out to ToyArk for the fantastic photos from the show floor. Keep it here all weekend for the latest images from the biggest toy retailer convention of the year!

Tamashii Nations is a place for products with tamashii instilled by Japanese master craftsmen. Based in Asakusa, Tokyo, we make fully-assembledfigures for collectors, as a division of Japan’s top toymaker, Bandai. Ten years have passed since the brand was established in 2007, and the products are now sold in twenty countries around the world. In 2016 we started the Tamashii Nations World Tour a series of events touring ten cities worldwide.