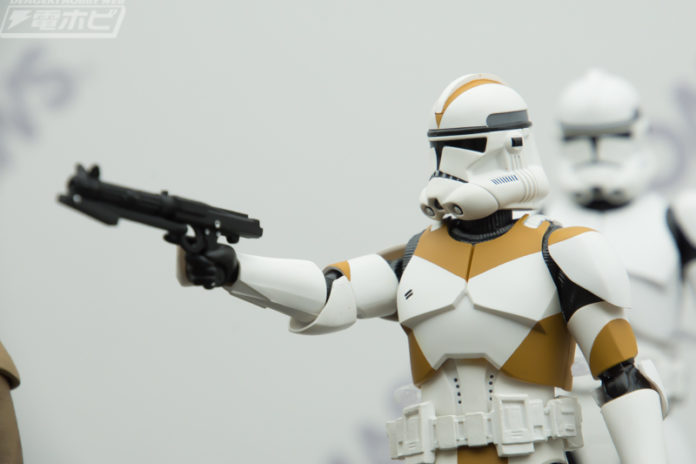 Bandai has a literal ton of new Star Wars S.H. Figuarts on display at this year’s Tokyo Comic-Con! This line from Japan has quickly amassed an amazing following here in the United States, and from the look of the items on display, it doesn’t seem to be slowing down.

The company has figures representing just about every film in the franchise so far, and even more to come! Check out the images of the these amazing figures below!

What is S.H. Figuarts you ask?

A new standard in action figures representing the state of the art of Bandai’s design technology. Designed to perfectly mimic the range of motion of the human body, the series name is a contraction of the concepts of “Simple Style” and “Heroic Action.” Standing roughly 14cm tall, the highly posable SH Figuarts figures are designed to feel like little treasures.

In close relation to “Silicon Valley Comic Con” organized by Woz, Tokyo Comic Con is a festival celebrating Japanese and American pop culture, while keeping its genetic “American” style foundation. Unlike other existing comic, film, animation festivals or game shows, this is a place where everyone can share and enjoy a revolutionary and enthusiastic experience. The event is friendly to all generations, from the youngest to the oldest, and everyone will surely have their intellectual curiosity aroused!