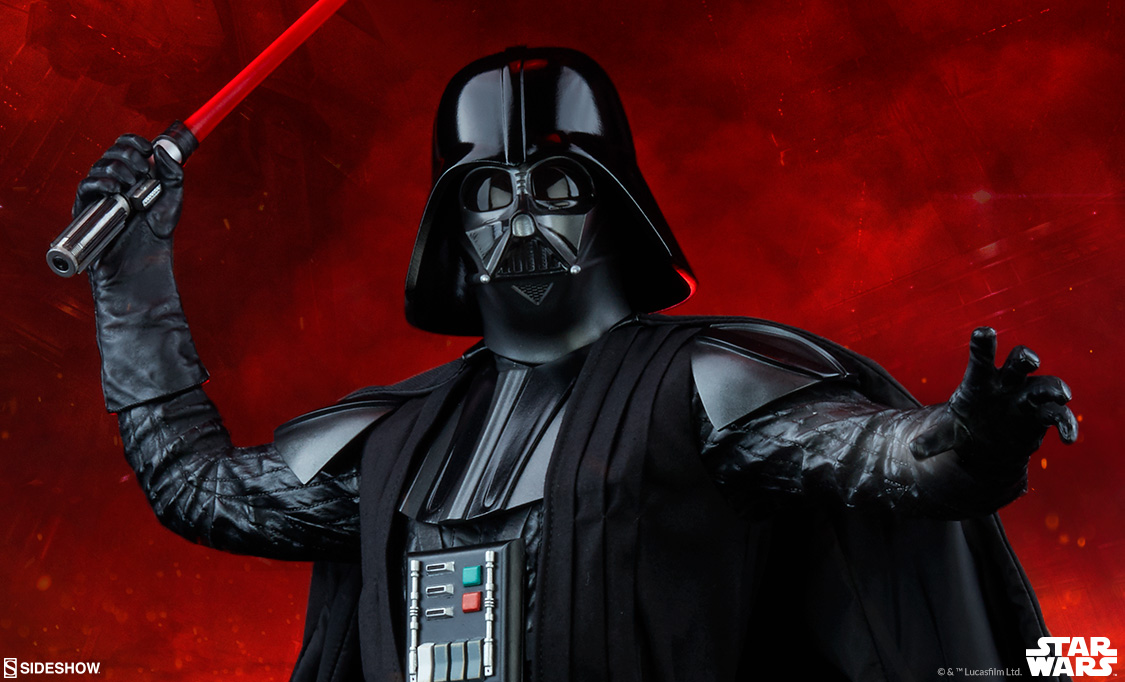 Sideshow has unveiled their latest Premium Format Figure in the form of Darth Vader! This statue is based on the character’s appearance in Rogue One: A Star Wars Story.

Darth Vader features a cloth tunic, and a wired fabric cape. He comes in a Standard Edition ($680) as well as a Sideshow Exclusive Edition ($695). The exclusive version includes a Rebel helmet and blaster that can be added to the display base. Pre-orders begin on Thursday, September 6th some time between Noon and 3:00 PM PST.

Sideshow is proud to present the Darth Vader Premium Format™ Figure, inspired by his unforgettable appearance in Rogue One: A Star Wars Story.

The Darth Vader Premium Format™ Figure measures just over 25” tall, as the Sith lord stands among the remains of a Rebel command ship base. Torn apart by his fury and lightsaber, the exposed mechanical insides of the ship still smolder with painted details of heated metal and shattered flooring.

Darth Vader holds his red-bladed lightsaber above his head in a pose of dark rage as he decimates the Rebellion fleets. He is suited in his intimidating and iconic black costume, sculpted with realistic fabric-like textures on the arms and legs, as well as sculpted shoulder and chest armor. His helmet has clear lenses, and features the chilling stare of the Empire’s most infamous Sith. The polystone Darth Vader Premium Format™ Figure also features a tailored fabric tunic and billowing black cape that includes internal wiring for custom posing options.

The Exclusive Edition of the Darth Vader Premium Format™ Figure includes a Rebel helmet and blaster that can be placed on the base, adding to the destruction and chaos caused by this dark lord of the Sith.