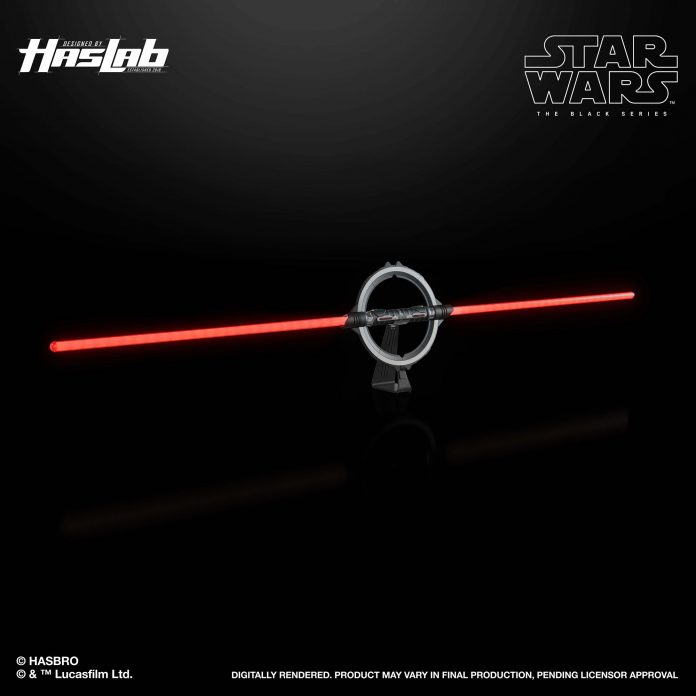 Hasbro has released their latest HasLab project, the Star Wars The Black Series Reva (The Third Sister) Force FX Elite Lightsaber from Obi-Wan Kenobi. While I am not a big fan of this, and judging from social media, not many are… I am sure some people will love this one and be interested in backing it. Check out all the details below!

The Most Cutting-Edge Star Wars HasLab Project Yet …

Star Wars fans, get ready: The Black Series is introducing a HasLab project like no other!

You’ve seen how we’ve brought iconic Star Wars scenes to life with detailed LED Force FX Elite sabers. But this HasLab project is bringing fans something entirely new: The Black Series’ first integrated double-bladed Force FX Elite LIGHTSABER™. This roleplay item comes with the features you love—including progressive ignition, blaster deflect, battle clash effect, and more. With the coordinated attack technology in the hilt and both blades installed, LED animation and effect sequences play out across the entire 6.5 feet lightsaber! Battle the Jedi™ with both blades at play or just one—you’re in control.

This crowdfunded project will run from May 27th 2022 7:30PM ET to July 11th 11:59PM ET. If successful, the project will begin shipping Fall 2023. If you would like to secure yours, visit HasbroPulse.com today!