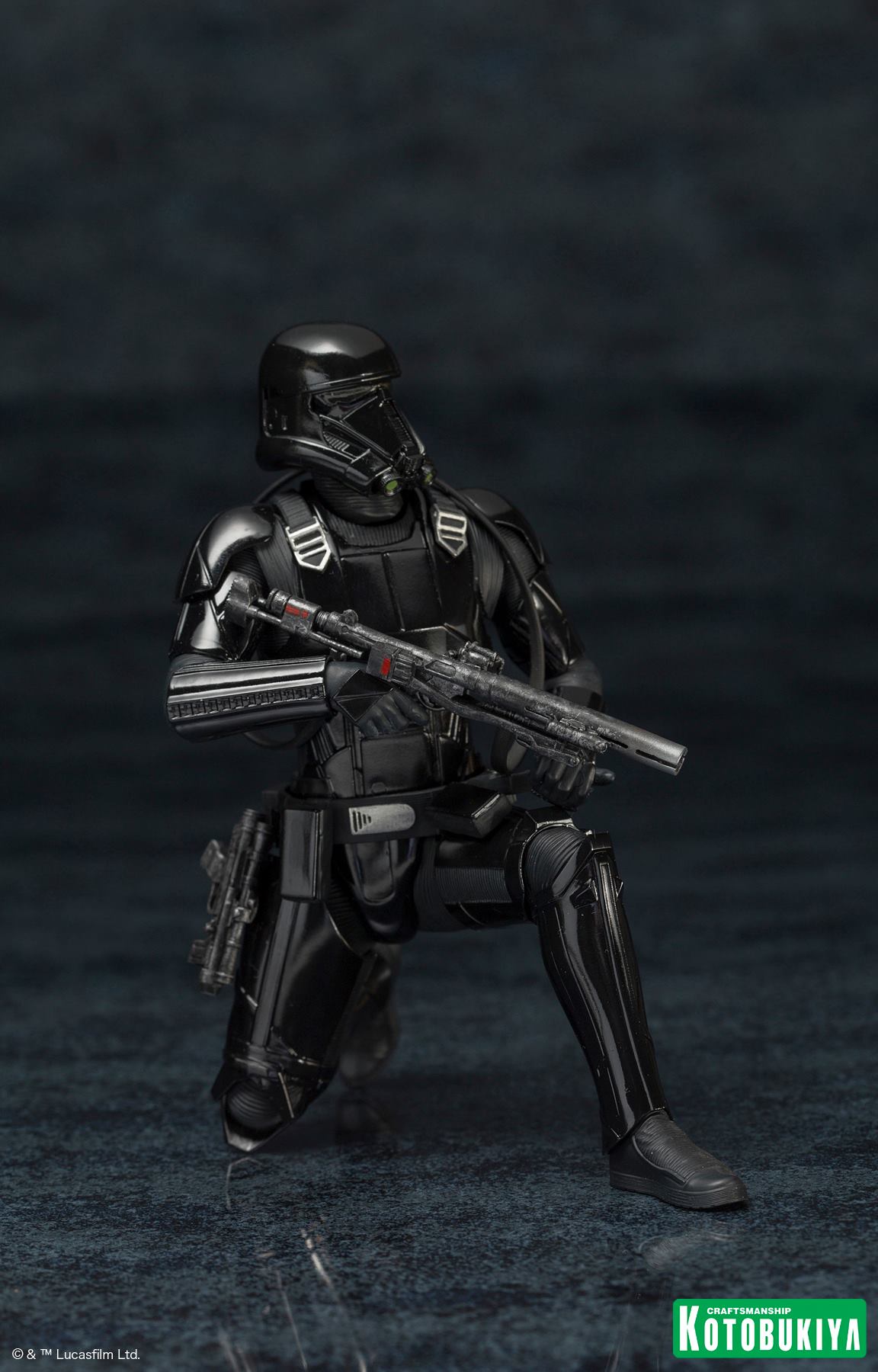 A Kotobukiya Japanese import! Star Wars ARTFX+ Statues bring you all of the quality and detailing that you expect from an ARTFX release in a great smaller scale perfect for collecting! The next fun army builder pack brings you characters from Rogue One, first of the new series of Star Wars standalone “story” films. While the movie introduced several new Imperial troop designs used before the events of A New Hope, the most sinister and distinctive comes to you now in a pair with the DEATH TROOPER TWO PACK! Elite soldiers in the Galactic Empire, the Death Troopers wear a unique and singularly menacing version of the classic Stormtrooper armor with several important differences. In addition to added equipment and ammo the helmet features an elongated faceplate, but of course the most obvious change is instead of the bright white of the standard armor it has a diabolical jet black finish! Serving the Emperor’s Military Intelligence, Death Troopers were tasked with rooting out Rebels and a contingent answered to Director Orson Krennic around the time of the theft of the Death Star plans. The ARTFX+ Death Troopers are highly detailed both in sculpt and paint, with glossy black finishes on their intricate armor. They can even be displayed in different poses (standing, kneeling, aiming weapons, etc.) thanks to a plethora of included interchangeable parts!

ARTFX+ Statues are fun-to-assemble pre-painted snap-fit kits that can be put together easily in seconds without glue or modeling skill. The Death Troopers in this 2-pack stand just over 7 ½ inches tall (1/10th scale) when posed fully erect, and magnets in their feet provide perfect stability on the included metal display bases. Crush any Rebels that might be lurking in your home with this great Imperial army building set!