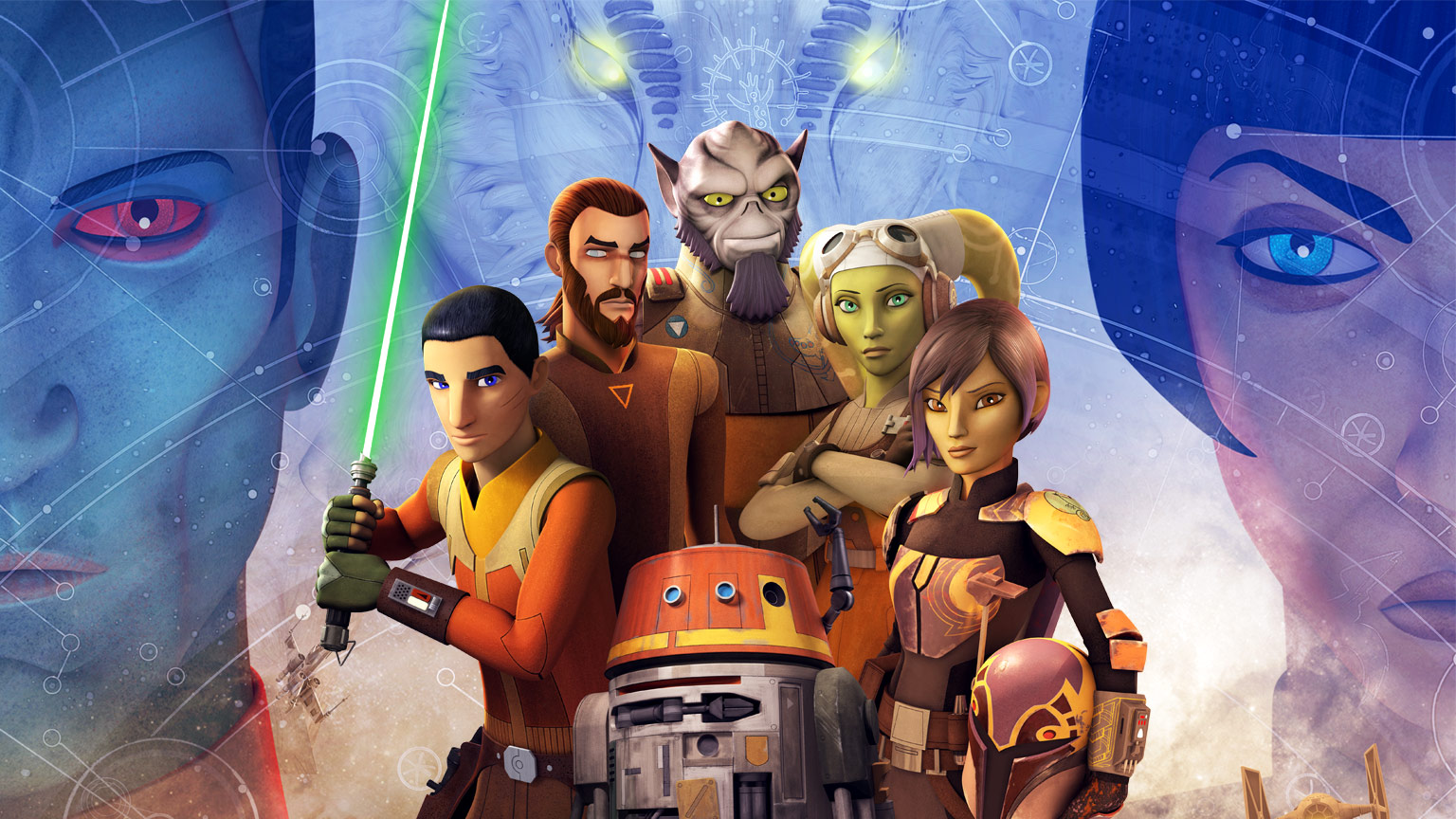 We are just a few short weeks away from the beginning of the end for our Rebels crew. Star Wars Rebels season 4 begins October 16, and the fine folks at StarWars.com have given us our first look at a teaser poster for the season.

From the look of the poster it seems that Thrawn and Governor Pryce will be the main protagonists of this season, but there is also a weird wolf looking thing in between them. What kind of menace could he pose for our Rebels? I guess we will find out soon!

It’s almost here. Star Wars Rebels returns for its fourth and final season on October 16 on Disney XD, and we can’t wait. Lucasfilm and Disney released today the official key art for the season — a stunning image featuring the Ghost crew, Thrawn, and more.

With the Rebellion now fully organized and supplied with starships and soldiers, the Empire calls upon one of their top naval officers—only known to the public as Fall—to suppress the freedom fighters once and for all.

Meanwhile Ezra—a Jedi Padawan—faces a challenge that would determine his allegiance to either the Light.. or the Dark, and the bonds he holds with the Ghost crew are tested through a series of obstacles of both light and dark side origins.