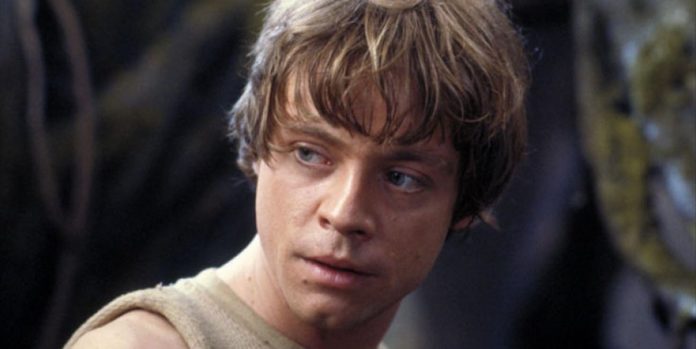 Just how did Mark Hamill score that once in a lifetime Star Wars audtion? The story that has long been told by Robert Englund (Freddy Krueger) goes like this, straight from his mouth…

“At that time, Mark Hamill was always on my couch. He was a TV star. He was filming a TV series across the street; I think it was called The Texas Wheelers, with Gary Busey. So he was always at my place, and I knew he was home because his cowboy boots were out front. He always left his boots outside. So there he was, halfway through a six-pack, watching The Mary Tyler Moore Show. I went in and I said to him, ‘Look at these sides, I think you’re right for this, man. This character is like a space prince, and it’s George Lucas!‘”

“Mark loved science fiction and horror,” Englund continued. “I’d been a fanboy, too, but Mark was in arrested development as a fanboy. He’d been an army brat, and he just idolized everything in American popular culture. But he was hip, too! He was into The Kinks, he was into Lenny Bruce, he was into Monty Python before anybody. He turned me on to some of that.”

“So I said to him, ‘Mark, you’ve got to do this, it’s George Lucas!’ I wasn’t even really pushing the space bit, I was just saying, ‘Wow, what if you got to be in a George Lucas movie, Mark? You’re the kind of actor he loves!’ So he got on the phone to his agent and the rest is history.”

This has been the story floating around for a long time now. However, a fan of Mark Hamill’s on Twitter asked him about this bit of history, and Mark gave a surprising response…

Robert was 1 of several actors who told me about #StarWars-When I told my agent-She'd already set up an audition & still gets annoyed he takes the credit. Sleeping on his couch is nonsense! I'd been a working actor for over 6 years & had my own Apt. #SettingTheRecordStraight https://t.co/XktCLDEQ9V

So there you have it! Apparently Robert Englund has severely mis-remembered this piece of Star Wars history. Finally the truth has been told.

Enjoy some of Mark’s audition tape for Star Wars below!