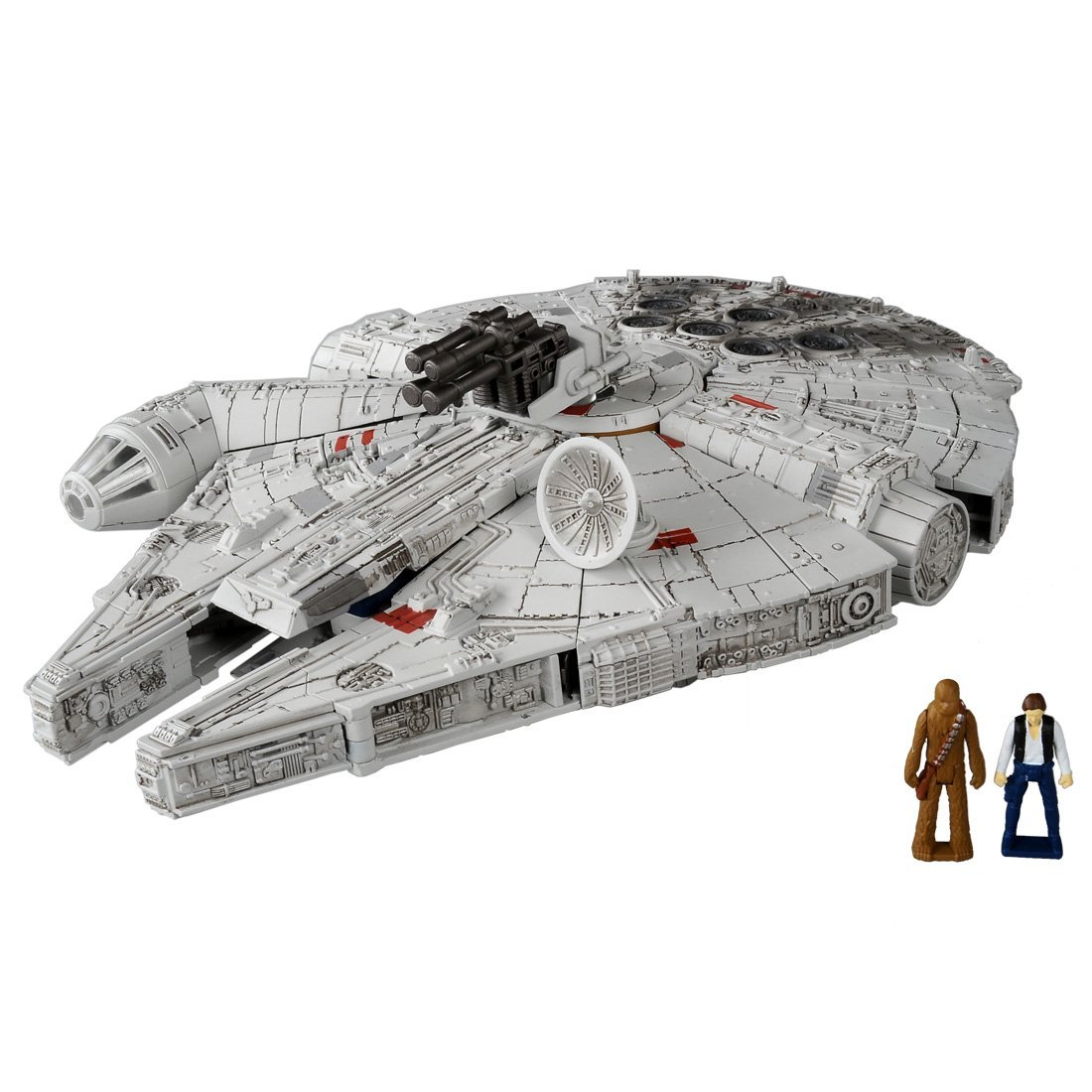 Thanks to Amazon Japan, we have our first clear look at the second release in the new Star Wars Powered By Transformers line, the Millennium Falcon. This version of the iconic Star Wars ship is a highly detailed rendition of the ship featured in the Star Wars films. The new Transformers splits into two figures – Chewbacca and Han Solo.

Take a look at a few of the official images below!