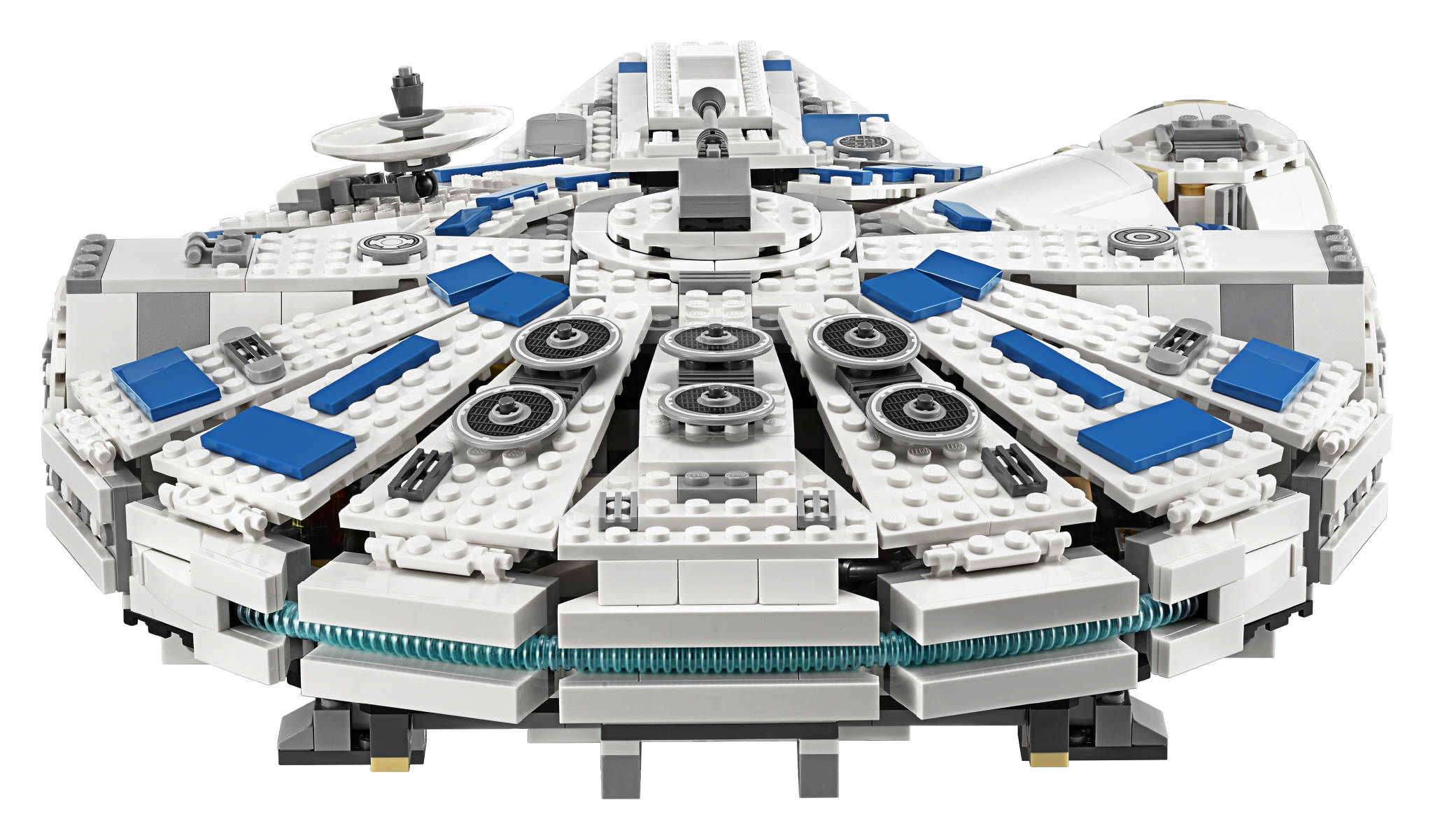 LEGO has officially unveiled one of their upcoming sets for Solo: A Star Wars Story. The new set includes seven mini-figures, two of which are not shown. As you can see, the new LEGO set gives us a look at the new/old vehicle. From this look it appears the main guns have changed, as well as the satellite dish, and front end. These are just a few of the changes that have been to the earlier version of the ship.

Check out all the details, including a few images below!

Outsmart the villainous overseers and escape the Kessel Mines aboard the amazing Millennium Falcon! Pull amazing maneuvers from the cockpit. Jump in the laser turrets and fire back at pursuing craft. Then check the hyperdrive and get ready to jump to safety! After all that excitement, kick back with Han and his friends with a drink from the bar, while you let Chewbacca win at Dejarik. Then it’s off to bed for a well-earned snooze in the bunk aboard the fastest ship in the galaxy!

New products inspired by new and beloved characters from Solo: A Star Wars Story will start rolling out at retail in April.

The upcoming Han Solo film will be directed by Ron Howard, and will be produced by Kathleen Kennedy, Allison Shearmur, and Simon Emanuel. The film stars Alden Ehrenreich as Han Solo, Donald Glover as Lando Calrissian, Emilia Clarke, Joonas Suotamo as Chewbacca, Phoebe Waller-Bridge, and Woody Harrelson as Garris Shrike (unconfirmed). The movie hits theaters May 25, 2018.