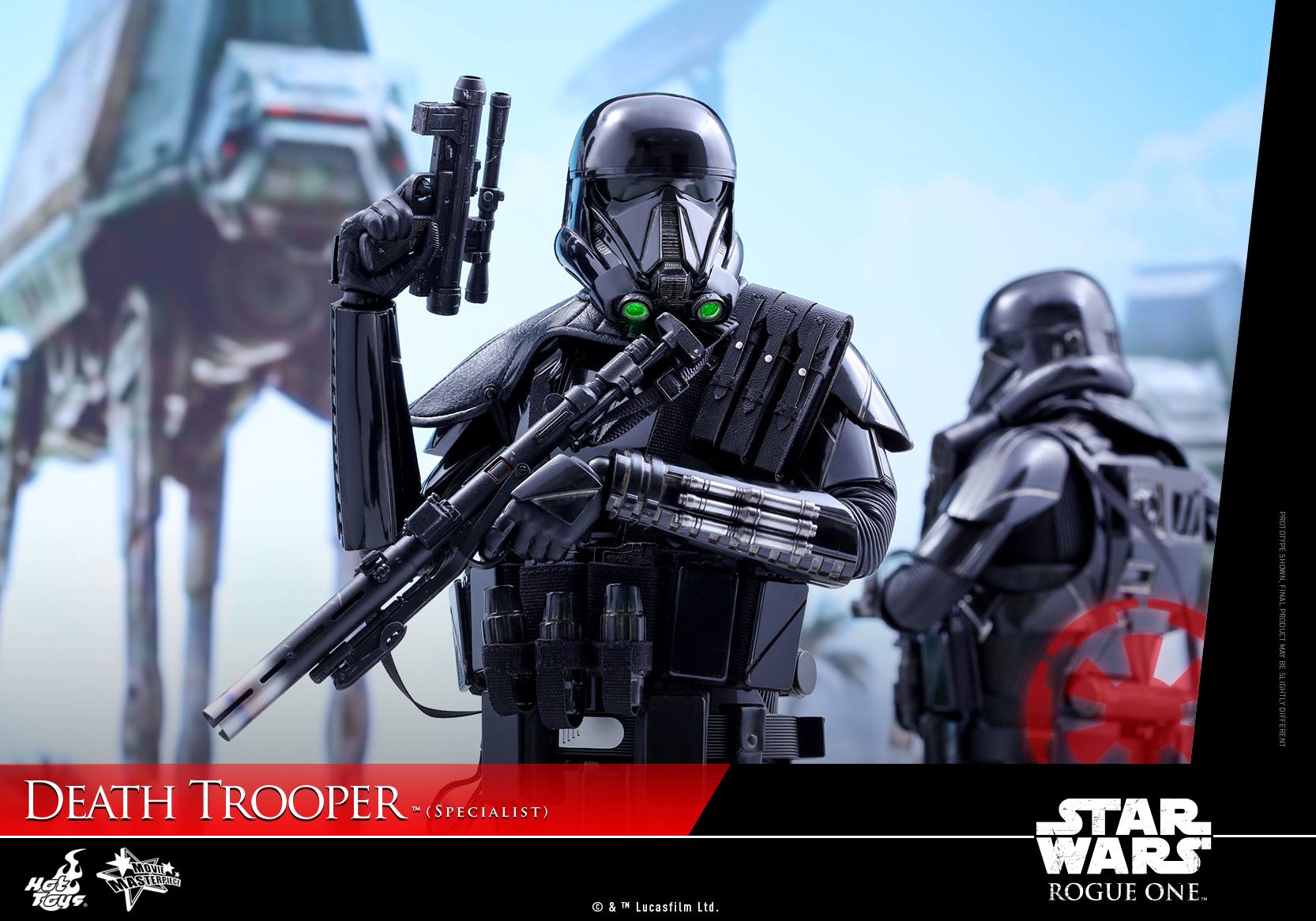 Coming this December, the highly anticipated Rogue One: A Star Wars Story will take fans on an all-new epic adventure where a group of unlikely heroes band together on a mission to steal the plans to the Death Star, the Empire’s ultimate weapon of destruction during a time of conflict.

Today Hot Toys is thrilled to firstly introduce one of the most striking new troopers from the film – the 1/6th scale Hot Toys Death Trooper (Specialist) collectible figure!

Star Wars fans shouldn’t miss the opportunity to have this incredible Death Trooper (Specialist) to jump start your Rogue One: A Star Wars Story collection as this collectible figure will be firstly available on September 30 in selected markets. It is time to Go Rogue!

Check out a gallery of images of the figure below!