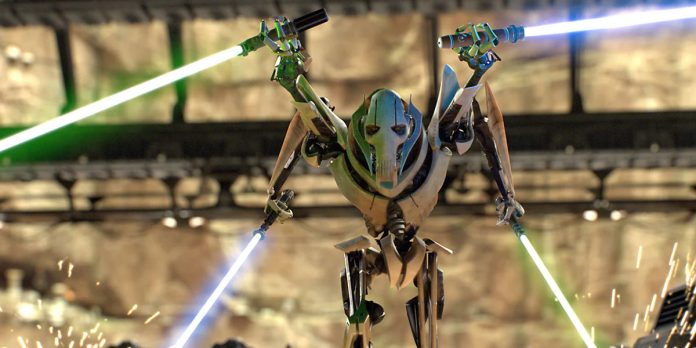 Veteran actor Gary Oldman joined The Playlist to talk about his newest work on the Apple+ series Slow Horses, but spilled the beans on some interesting Star Wars news. During the interview, Oldman claimed that he originally signed on to voice General Grievous in Star Wars: Revenge of the Sith.

As we know, Lucasfilm’s Matthew Wood, took on the task of voicing Grievous in both Star Wars: Revenge of the Sith, and the animated series Star Wars: The Clone Wars. Don’t feel too bad for Oldman though, he went on to play Commissioner Gordon in Christopher Nolan’s Dark Knight trilogy, as well as Sirius Black in the Harry Potter franchise.

Could Oldman ever be persuaded to join the Star Wars universe again? Only time will tell…

About Star Wars: Revenge of the Sith:

It has been three years since the Clone Wars began. Jedi Master Obi-Wan Kenobi (Ewan McGregor) and Jedi Knight Anakin Skywalker (Hayden Christensen) rescue Chancellor Palpatine (Ian McDiarmid) from General Grievous, the commander of the droid armies, but Grievous escapes. Suspicions are raised within the Jedi Council concerning Chancellor Palpatine, with whom Anakin has formed a bond. Asked to spy on the chancellor, and full of bitterness toward the Jedi Council, Anakin embraces the Dark Side.