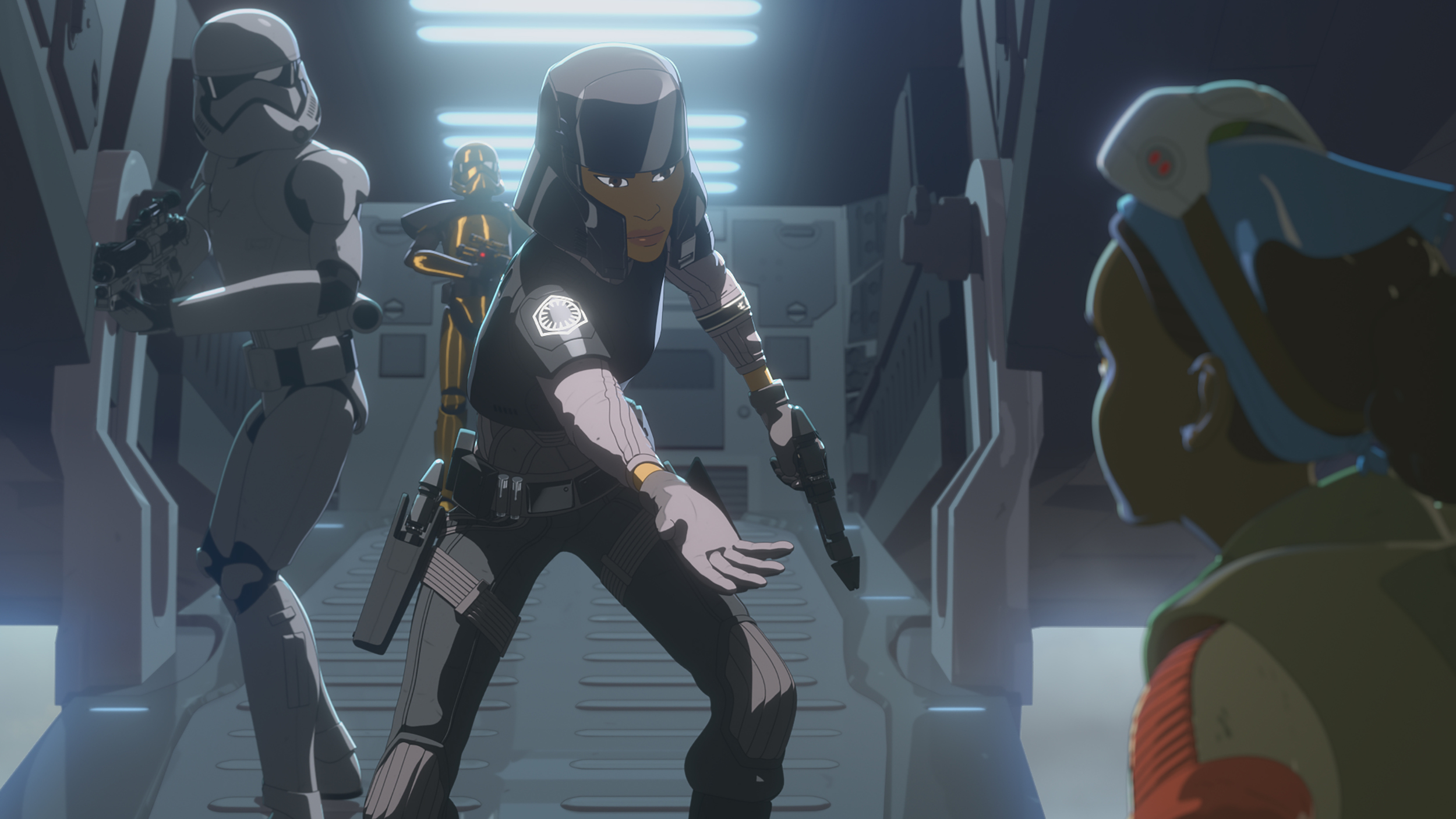 Now that the first season of Star Wars Resistance is in the bag, executive producer of the series, Justin Ridge, sat down with the fine folks over io9, to discuss the season finale and what to expect in the future from the series.

There are some very intriguing answers given to a few of the questions, but be warned that SPOILERS lay ahead. If you haven’t seen the season finale of Star Wars Resistance, I would highly suggest that you don’t continue reading. Come back after watching it.

io9: Why make it a twist that Neeku may not be sending everyone to D’Qar as Kaz had asked?

Justin Ridge: Well, we thought it would be fun to add a little something to the end just to make our heroes a little uncertain as to whether or not they’re actually going to get to their goal when we get to the beginning of season two. They were in a crazy hectic race to get out of there at the very end. Even for someone as smart as Neeku, it’s difficult to put in the coordinates. So, yeah. we just thought it would be a fun beat [to say] “Oh no. I hope we actually get to where we need to go!”

io9: D’Qar is obviously where The Force Awakens ends and The Last Jedi begins, so it’s pretty pivotal. I know you can’t say if they arrive there—but if they do, do you know when specifically they do in relation to the movies?

Ridge: We totally know but I don’t want to spoil it.

io9: How early was it decided Tam was going to defect to the First Order and why her?

Ridge: Early on we knew for sure that the end of season one was going to overlap with what happens in The Force Awakens and that we needed some sort of internal conflict in Team Fireball with Tam and Kaz. [Tam] just made sense for us with her background and her family. Her grandfather working for an Imperial factory back in the day, her viewpoint towards the First Order is different from Kaz and Yeager. So when it comes to the end of season one, when she’s given the chance she feels betrayed. Kaz and Yeager didn’t talk to her. They weren’t truthful with her. And all this accumulates to her choosing to go into the First Order.

You can continue reading the interview at io9 right now!