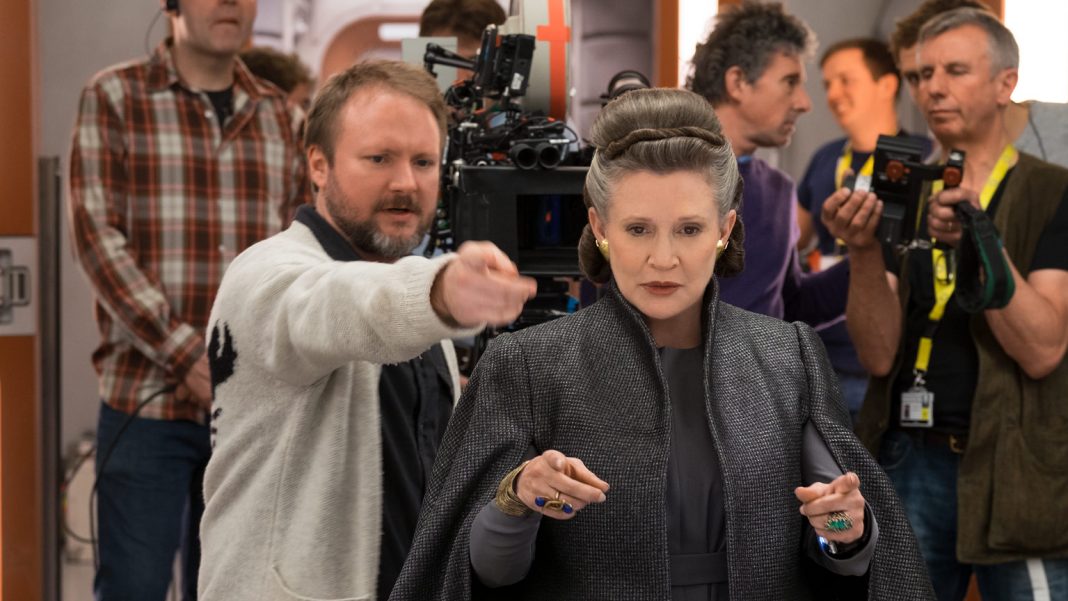 We all love Star Wars for many different things. It could be the story, the outstanding visual effects, the memorable characters, or the impact that it left on you at an early age. These are all valid reasons for loving the franchise.

There is also another reason fans love Star Wars – the debates. Let’s face it, enormous debates over the films have erupted over the years. Did Han shoot first, or did Greedo? Are the Prequels good or bad? Did Lucas mess up by altering the originals? The latest, include did Disney screw up the franchise, or is The Last Jedi good or bad? In any case, part of our love for this world is debating each other on the differences of opinion.

During a recent Q and A for his film Knives Out, a fan asked Johnson about the complaint of too much diversity in the newer films. Johnson answered the question in a Johnson fashion, (Warning for some strong language)…

One audience member asked Johnson about the negative reaction to The Last Jedi from certain viewers, and his thoughts on people who complain about the film’s cast diversity. Johnson did not mince words in his reply, which was met with immediate applause: “if someone’s responding to diversity negatively, f*** ’em.”

As the applause died down, Johnson immediately clarified that not everyone who dislikes his film is a bigot: “if anyone didn’t like the movie, I’m not saying that’s why they didn’t like it.” Talking about the backlash, Johnson admits that he expected that the film would not appeal to everyone. “It wasn’t surprising at all to me. I grew up as a Star Wars fan. I was in my 20s when the prequels came out. This whole idea that it’s been sunshine and roses, and then everyone’s yelling at each other, is baffling to me.”

Johnson makes a compelling argument about the franchise. The Prequel films were hated by a portion of the Original Trilogy fans. Even to this day, some of the hardcore OT fans still hate the Prequels. The hate was so strong that it even played a part in Lucas giving up on Star Wars films, until late in the game before Disney’s acquisition of Lucasfilm.

Johnson believes that the passionate debates that fans have about Star Wars is all part of the series’ appeal. “People care deeply about Star Wars, and every single person has a slightly different version of what they think Star Wars is. And so much of the fun of it is arguing about it.” He believes that the negativity around the film has been covered extensively because it “is fun to write about, and it gets clicks,” but he also says that the majority of folks who reach out to him about Star Wars are actually very pleasant.

“95% of my interactions on Twitter are absolutely lovely and constructive and wonderful with Star Wars fans,” he says. “Star Wars fans are the best fans in the world, all of them.” He also believes that the rest of the fandom needs to push back against the folks who are angry at the diversity of his film’s cast. “I think the fandom has to take a stand against getting defined by a very small slice of it, that does not represent the lion’s share.”

Hopefully someday, people will realize that we all love Star Wars and while we have differences of opinion about the franchise, it doesn’t make us wrong or right about why we love or hate it.