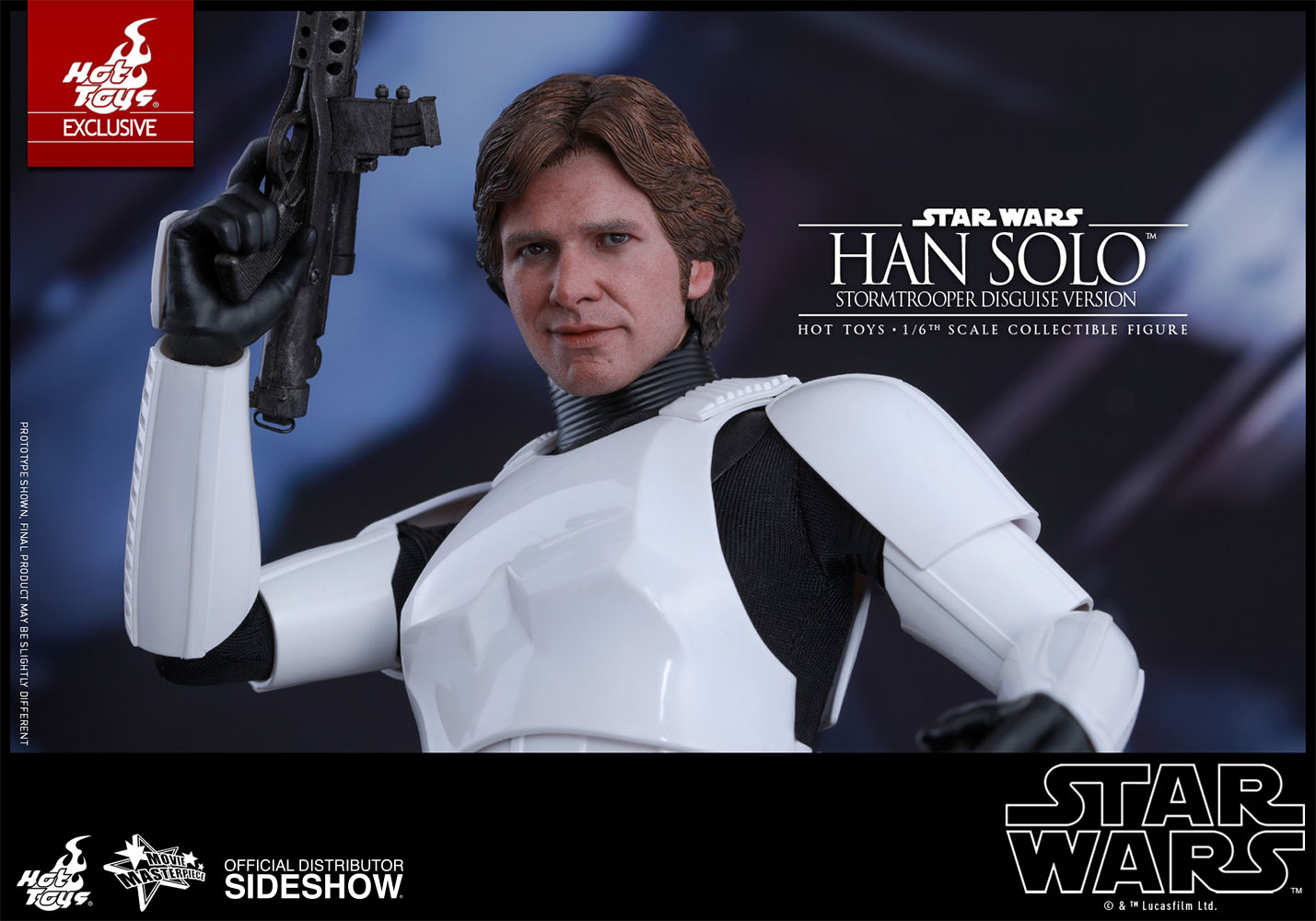 Hot Toys has just revealed a new Han Solo Stormtrooper Figure in their 1/6 scale line.  This new piece is a good match for the Luke Skywalker in Stormtrooper disguise as well!  Check out all the details below!

Originally a smuggler, Han Solo’s life has changed after his encounter with Luke Skywalker and Obi-Wan Kenobi where he assisted the young Luke Skywalker on the Death Star to save Princess Leia from a terrible fate and took on a new path to become a great hero of the Rebel Alliance.

In Star Wars: Episode IV A New Hope, Han Solo disguised himself as a Stormtrooper to infiltrate the detention center where the Princess was held captive. Sideshow and Hot Toys are excited to present an all-new sixth scale collectible figure of Han Solo in this memorable scene as an exclusive item only available in selected markets.

Star Wars fanatics shouldn’t pass up on the opportunity to add this special version of Han Solo figure to your treasured collection!

You can snag your Han Solo Stormtrooper Figure at Sideshow Collectibles today!

WHAT’S IN THE BOX?